As the most coveted Indian Super League is going to kick off this Sunday, we are here to predict which Indian players are going to set the field on fire in the coming weeks. Something extra-ordinary in the field may earn some players offers from European or South American clubs also. To find out who will be ISL’s Raina, Rayudu or Samson, we have chalked out six faces from eight franchisees. 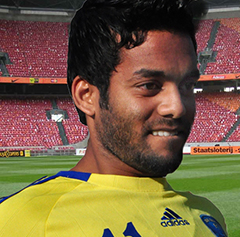 A lot of Atletico de Kolkata’s success will depend on this Goan defender. In spite of having plenty Spanish midfield resources, Cavin’s skills and passes will make the ultimate difference for the Kolkata side. In recent charity match against Pinki Roy XI, his midfield presence and elegance was the only plus point for Atletico in a 3-1 loss. The player, who plies his trade at East Bengal in I-League, is technically gifted and has the capability of both scoring and assisting.  His moments of success in ISL can land him into the senior squad of Indian Football Team as it has done many times in case of ISL’s cricketing counterpart.

Indian Player of the season last year, Balwant is one of the most prolific strikers in the country. He will be given a central attacking role for Chennaiyin FC, where he recently joined on loan from Mohun Bagan. In the last season, he was a kind of revelation for Churchill Brothers as he scored 10 goals in 22 matches. Taking note on India’s recent poor form, the Punjabi striker can very well make a comeback into the National Team if he succeeds to earn plaudits while playing for Chennai franchise.

Gabirel Fernandes recently hit the headlines after scoring a hat-trick for FC Goa in a friendly against Indian U-19 team. Following his outstanding performance, he has earned the trust of Zico and expected to start as a striker in his team. He naturally likes to play on the wings beacause of his pace and dribbling ability. Nonetheless, an attacker like him up front will give FC Goa an edge up front and he is one of the contenders to break into Indian National squad after this tournament.

The young midfielder from Manipur was voted Fan’s player of the Season last time. 11 goals from 56 games is not a bad record for a young prodigy playing in the middle of the pitch. Shillong Lajong have benefited a lot from this player over the years and this time his presence is going to prove vital for North East united. Again, a player like him in his early twenties, will see the coming tournament as a big platform to portray his talent.

From a discussion on midfielders, we shift our focus slightly onto a young defender of 21 years. Sandesh Jhinghan from Chandigarh, is a Sikkim United FC player in I-league but played last part of the earlier season in Mumbai F.C. on loan. The 6′ 2” tall defender got calls earlier for National Squad camp but could not make it to the final squad. In difficult times for Indian National team, a sound performance in the upcoming ISL can earn him the honour to play for his country. 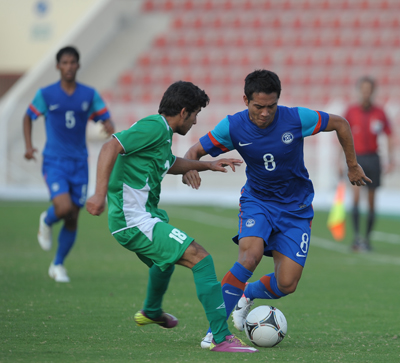 No one has forgotten his left footed scorcher to win a Kolkata derby for his side East Bengal. A left midfielder of diminutive stature, Ralte possesses effective skills with his foot and is quite known for long range ability. He will have the luxury of playing alongside the likes of Anelka and Ljungberg. This ISL challenge can be a crucial stage of his career as he can get hold of offers from foreign clubs depending on his performance.