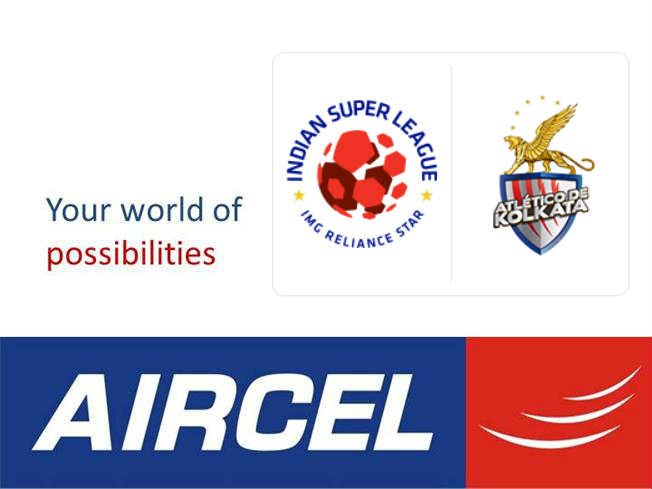 One of the major telecom service providers in India, Aircel has confirmed that it will sign a three year title sponsorship with Indian Super League side Atletico de Kolkata, starting from this season.

The sponsorship amount has not been disclosed yet but the deal will be signed on Monday where ATK representatives and the Chief Marketing Officer of Aircel will be present to sign the dotted lines.

ATK are currently training in Spain, utilizing the facilities of the parent club Atletico Madrid. The team was also unveiled yesterday night during the half time of the Atleti vs Celtic Vigo La Liga match.

Indian Super League will kick off on 12th October at the Salt Lake stadium in Kolkata and will run till mid-December, thus shrinking the regular Indian football calender to a mere five month affair.