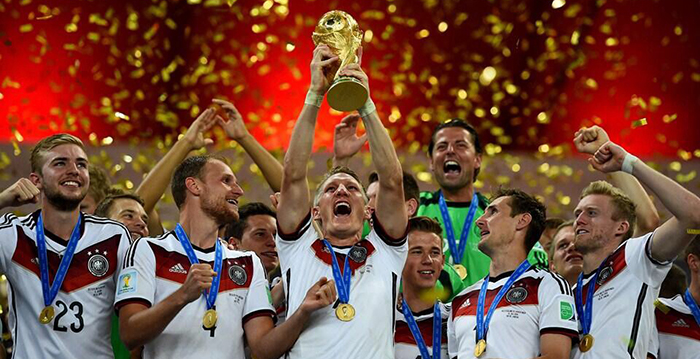 1. Tournament of the Underdogs

Everyone loves an underdog. Brazil 2014 was full of surprises. Big names head for early exits at the hands of the most unlikely of teams. Having 7 World Cups among them; Uruguay, Italy and England succumbed to lowly Costa Rica as they topped the Group of Death. Chile, Columbia, Algeria, Switzerland the list goes on. It was a tournament for the minnows reiterating the fact that you don’t need big names to progress in a knock-out tournament. 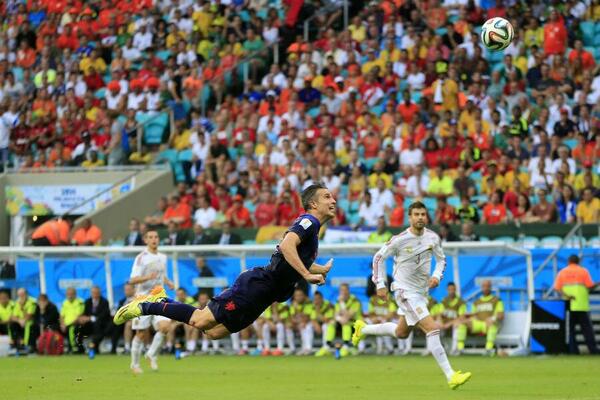 South American football prides itself on attacking flair and creativity. There was no shortage of that at the World Cup. With a joint-high of 171 goals scored, goals were scored in abundance at Brazil, 2014. Most number of goals scored by substitutes than any of the previous editions – 32. 13.3% of shots have been scored at these finals; a higher proportion than in any other World Cup tournament since records began in 1966. Goals were there in abundance at Brazil, 2014.

4 out of the last 5 winners of the World Cup have been European nations. France -1998, Italy -2006, Spain -2010 and Germany -2014. UEFA are the only federation to have won 3 editions of the World Cup in a row. Barring Brazil’s victory in 2002, UEFA have emerged as the leading federation in FIFA. European nations have finally started exerting their dominance over World Football.

Brazil, 2014 was a forgettable outing for many big boys of international football. With defending champions Spain exiting the World Cup in the group stages itself. big names like England, Italy, Russia, Portugal and Japan couldn’t make it past the Group stages. Expected to light up the tournament, many of these big names of World Football flopped when it came to the biggest stage of Football.

The entire World had heard about the heat in Brazil but nobody knew what to expect. Water-breaks were implemented by FIFA to keep the players hydrated. The humidity and heat in the South American host-nation put many teams off their game. Those who adapted went through, those who didn’t used it as an excuse to explain their failures. With temperatures in the higher 20’s and mid 30’s all summer, players will have had enough of the heat for the off-season. 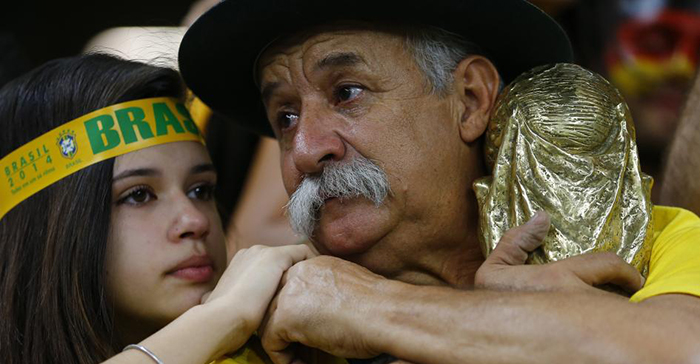 Everyone loves a rout. However, there was something at half-time with Brazil 5-0 down in the semi-finals of the World Cup when the players walked back into the dressing room, to be booed by their own supporters that even the most ardent of German fans didn’t particularly enjoy. As expected Germany didn’t play at the same tempo in the second half and scored just 2 more. Hundreds of Brazilian fans in tears as they saw their team fall apart. The 3rd place game against Netherlands didn’t particularly make them feel better either. Having conceded 14 goals it was a sour end to a promising campaign for the Brazilians.

Uruguayan talisman Luis Suarez displayed ‘How to go from one of the heroes of the World Cup to the most hated player at the World Cup within a week.’ Having scored a brace against England to doom the country whose media tortured the Uruguayan star for 3 and half years, Suarez was the talk of the Football fraternity for all the good reasons. However, the newly confirmed Barcelona striker was the talk of the World for all the wrong reasons within a week after having appeared to have bitten Italian defender Chielleni in the final group game. Despite apologizing and accepting the 4-month ban from football by FIFA, Suarez still remains one of the least liked Football players in the World.

A very forgettable World Cup for Africa kicked-off with Samuel Eto’o led Cameroon losing the plot in their 2nd Group game against Croatia. While Barcelona midfielder Alex Song got sent off for a blatant punch in the back of Croatia’s Mario Mandzukic, the rest of the team weren’t doing too well either. Team-mates Benoit Assou-Ekotto and Benjamin Moukandjo decided to get physical too, only this time they went up against each other.

Ghanaian players were the talk of the World Cup after their heroic 2-2 draw against eventual Champions Germany. However, previous edition’s quarter-finalists couldn’t even make it past the group stage of this tournament. Midfielders Sulley Muntari and Kevin-Prince Boateng were sent back home before the final group game for indiscipline. It was later revealed that Boateng had used “vulgar verbal insults” targeted at coach Kwesi Appiah” and that Muntari was guilty of an “unprovoked physical attack on an executive committee member”. A very sorry end to the African quarter-finalists of South Africa, 2010.