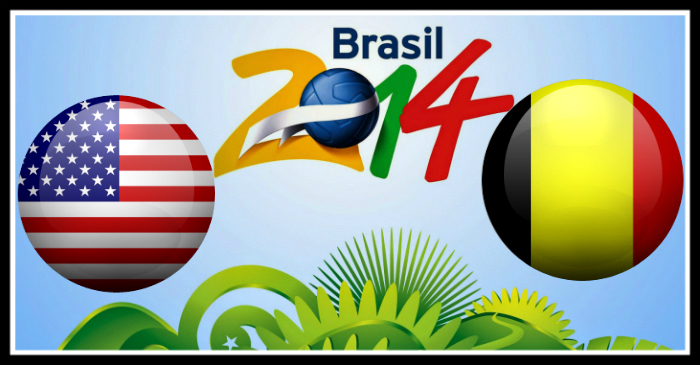 Copy the link given below and paste it in your browser’s address bar to be able to watch the FIFA World Cup match between USA and Belgium live stream online free of cost:

Cagey, defensive, intense and physical are adjectives that can be used to describe the clash between Belgium and USA. Both sides comfortable to grind out results based on resolute defensive play; Belgium vs USA – most certainly will not be a goal-fest

Both teams haven’t really entertained their respective fans with breath-taking, exciting football as such but it’s a result business and they got the results.

The stakes couldn’t get any higher – Belgium haven’t reached the quarterfinals of a World Cup since 1986 and the U.S.A having already exceeded expectations by qualifying from a tough group will want to ride that momentum.

The winner will face either Argentina or Switzerland in Brasilia on July 5. With surprising voracious support back home, the American side will realize that this is a golden opportunity to promote the sport.

USA haven’t played Belgium in the World Cup since winning 3-0 in its opening match of the very first tournament in 1930. It’s been 84 years since then, times have changed. 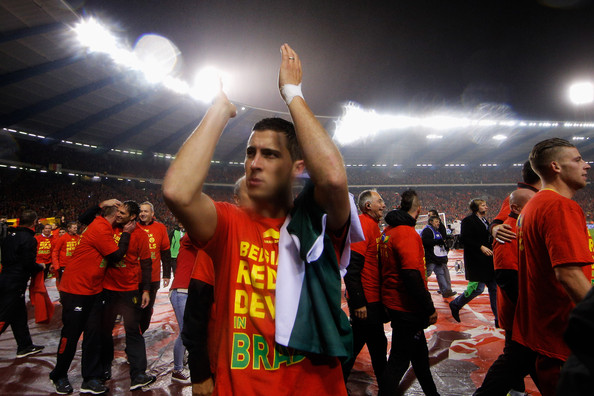 Belgium’s ‘Golden Generation’ haven’t exactly lit the World Cup in Brazil alight with the attacking talent at their disposal. In their defence, they have done enough to top their Group and guarantee a qualification to the knock-out stage without breaking sweat. Blessed with an abundance of talent, Marc Wilmots has got a wide range of players to pick and choose as he preapres his side for the American test. With players like Eden Hazard, Axel Witsel and Dries Mertens seemingly at the top of their games; Wilmots will look to take the game to his opponents.

Playing an orthodox 4-2-3-1 formation with Romelu Lukaku as their front-man instead of the injured Christian Benteke, Wilmots has a plethora of options to choose from to fill in the 3 attacking slots behind the former Anderlecht striker. The defence is comparatively settled with captain Vincent Kompany accompanied by the veteran Daniel van Buyten in the heart of defence. While Atletico Madrid’s Toby Alderweild operates in his natural right-back role, Spurs defender Jan Vertonghen is shunted out to left back from his natural position in the heart of the defence.

Axel Witsel of Zenit St. Petersburg holds the key to the performances of this Belgian side. Physically imposing in midfield, Witsel compliments his physicality with great tactical nous and vision from centre midfield. A vicious distant shooter, the former Benfica man is not afraid of having a pop at the goal every now and then. What he lacks in height, he makes up for it in speed – Napoli’s Dries Mertens is one of the fastest players at Brazil, 2014. Pace and trickery are Mertens’ weapons of choice. A fearless and confident winger, the 27 year-old will be a huge threat to the American defence. Divock Origi was a name only few in World Football were aware of before the World Cup. The 19 year-old Lille attacker is reportedly close to a 10 million transfer to Liverpool and going by the youngsters performances in Brazil so far, he seems to be worth every penny. 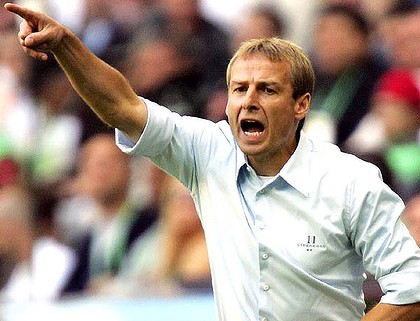 ‘We won’t win the Cup, because we can’t.’ said USA boss Jurgen Klinsmann before the World Cup in Brazil kicked-off. Having masterfully negotiated a group including the likes of previous edition’s quarter-finalists Ghana and a Cristiano Ronaldo inspired Portugal to finish second behind the efficient Germans is a victory in itself for American Football or Soccer as they call it. However, having got so far Klinzmann will look to take this American side as far as they can go in Brazil, 2014. Organized in defence and industrious in midfield, the Americans have been drilled into a very functional, ordinary yet effective side by their German boss.

Tactically Jurgen Klinzmann will prefer a game as cagey as can be. He wouldn’t mind a battle in the middle of the park nor would he be bothered about having to defend for long periods. The former German boss has deployed a hard-working 5-man midfield since the opener against Ghana to great effect. Resolute in defence, the Americans are likely to go with the same Back-4 that took on Germany. Playing a 4-5-1 formation with Clint Dempsey as the lone frontman, the Americans would relish going toe-to-toe in midfield with the Belgians. Having yet to play to their potential, one would expect the likes of Kyle Beckerman, Graham Zusi and Jermaine Jones to continue their good form. Goals will be hard to come by but American hopes lie safe at the feet of Clint Dempsey, who doesn’t take long to get on the score sheet.

Dropping USA all-time top-scorer Landon Donovan, because ‘he wasn’t good enough’ split opinions about Klinzmann in the American media. However, skipper Clint Dempsey has more than just filled in for Donovan. The former Spurs attacker leads the line for the USA and leads his team by example. A goal threat throughout the game; when provided with a chance don’t expect Dempsey to pass the opportunity on. Tim Howard of Everton has been one of the most consistent goal-keepers in European football last season. Taking on a free-flowing Belgian side, the Evertonian shot-stopper will have to be at his very best. German born Jermaine Jones will be a key player against the talented Belgians. His powerful driving runs from midfield were a key component of America’s qualifiers; you wouldn’t put it beyond the former Schalke man to put in another priceless performance.

A narrow win for the Belgian side looks like the most likely result. Despite all of the Americans’ momentum, Belgium simply have better quality in every part of the pitch. Even valiant efforts from Jurgen Klinzmann’s side won’t prevent a narrow defeat to Belgium.