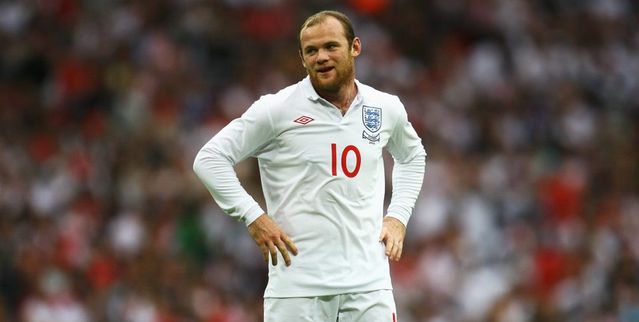 It will be a must win game for both England and Uruguay, when the teams face each other at Arena Corinthians in Sao Paolo. England, in a closely fought match, were defeated by Italy while the Uruguayans were stunned by the Costa Ricans, which has certainly dented their chances of qualifying in the next round.

Both teams will need to win this game in order to keep their world cup hopes alive. England, who managed to lift the World in 1968, have not been able to repeat that performance ever after. They have a well balanced squad and it will require dedication and mental strength from their players to come out as winner in this do-or-die match.

The Uruguayan team, who were one of the semifinalist in last world cup, also need to lift their game. Thier shocking defeat against Costa Rica must have dented their confidence. Their forward line will have to fire in this game if they want to stay in the competition.

Despite their loss against the Italians, The English team will still be holding an upper hand in this game. An early defeat in the competition must have been an eye opener for this team. They will now have to win both their group games in order to qualify.

After their defeat against Italians, Wayne Rooney was targeted by their fans and media for the result, as the striker was unable to score a goal in the match. Coach Roy Hodgson though, backed Rooney and pointed out that it was his assist that saw England score their only goal of the match. He also asserted the fact that Rooney is still their main player and he will not be dropped for next game.

The English defence, which looked fragile in the first game, will be an area of concern for their coach. The back line of Johnson, Jagielka, Cahill and Baines were guilty of maintaining a high line of defence. They were slow in counter-attacking situations, and were unable to man mark the Italian forwards, who were frequently getting into open spaces in the penalty area.

The form of Steven Gerrard also will be a worrying sign for them. The match was stated as a Gerard Vs Pierlo contest, but the charismatic midfielder was not able to make any mark in the match. Attacking midfielders were the stars for England in their opening match. The trio of Welbeck, Rooney and Stirling were outstanding, and England will depend upon them in this match as well. Daniel Sturridge will also need to continue his good form. It is believed that Hodgson may go with 2 strikers in this match and he may move Rooney from right wing position to play as central attacker.

England are likely to go in this match with the same combination and The only possible change might be young Luke Shaw coming in for Leighton Baines.

Key Player: Despite all the criticism that he received in the first match, Wayne Rooney will be the centre figure of the English attack. He is likely to play as a genuine striker in this game. With his amazing shot power and quick movements in the box, Rooney can certainly rattle the Uruguayan defence.

The Uruguayans, after their shocking defeat against Costa Rica will look to salvage their pride with a win against England. The loss was more shocking as they were comprehensively beaten by the Costa Ricans by 3-1.

Uruguayans will feel a lot more confident while going into this match as their star striker Luis Suarez, who missed the first game due to an injury, is ready to go out at full throttle against the English team. Suarez’s presence is definitely going to boost up their confidence. But they will be going in this match without their experienced defender Maximiliano Pereira, who got a red card in the first game. The Uruguayan defence which looked distorted and they will have to play as a compact unit to stop the English forwards.

Diego Godin, Diego Lugano and Martin Caceres will form the back line. Sebastian Coates is expected to fill Pereira’s spot. Midfielders Egidio Arevalo and Christian Stuani will play an important role in controlling the game in midfield. They will have the responsibility to win possession in the midfield and fall back to cover the defenders in counter attacking situation.

Their hero of  last world cup Diego Forlen, seems to have lost his midas touch and Suarez is expected to replace him in the England game. Cristian Rodriguez was one of the star players for them in the last game. His dribbling skills and accurate passing will be an asset for them up front. Edison Cavani, who scored their only goal through a penalty will share the attacking responsibilities with Luis Suarez. Cavani, who had a lean patch with Manchester United last season, will have to create more chances to put pressure on the English defence. 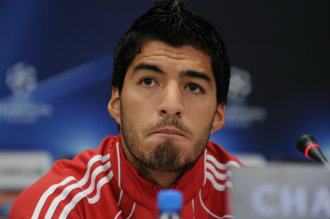 Key Player: After missing the first game, Luis Suarez must be itching to go out and help his team to win this crucial game. His inclusion is important because despite creating so many chances in the previous game, the Uruguayans were unable to convert them into goals. Suarez with his cool temperament and amazing finishing skills can certainly swing the game in his teams favor.

Predicted Score: Both teams will go in this match all guns blazing. It will be a match of strikers as both teams are studded with world class forwards. But because of their experience and balanced squad, England are expected to win this game by 2-1.