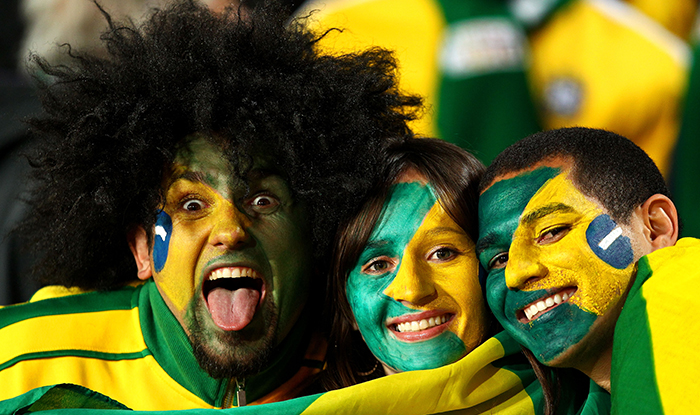 After an unconvincing victory against the Croats, 5 time world champion will battle it out with Mexico in their 2nd group game on Wednesday. Though both teams managed to win their opening encounter, both are aware that they will need to raise their game if they want to go deep in the competition.

Mexico,on the other hands, are having problems of their own. The Mexican midfielders lacked creativity and they missed several goal scoring opportunities as well. They will know that against a stronger opposition, such errors may cost them the match.

Brazilian coach Luiz Philippe Scolari will be hoping for a better performance from his team in this match. Brazil are aware of the fact that Mexican team has got the ability to topple any opposition on their day. The Brazilians will look to solidify their defence in particular and Scolari may choose to change the back line, which was all over the ground against Croats.

Brazil were guilty of over attacking in the first game, there passing was not precise and lacked creativity at the same time. The central midfielders, rather than giving accurate short passes were indulging in shooting long balls for the strikers up front. Luis Gustavo was one of the few Brazilian midfielder who had a good game against Croatia, he made couple of crucial saves in the second half and also controlled the game from the midfield quite well. Dani Alves and Marcelo were over attacking and the duo played ahead of the two central defenders almost throughout the game, Leaving Paulinho and Marcelo exposed in counter-attacking situations.

They will be aware of the fact that had it not been for Neymar’s brilliance coupled with poor refereeing and average goalkeeping by the Croat goalkeeper, Brazil would have found themselves in a difficult situation. 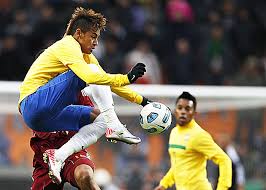 The good news for Brazil is there star striker got in form early in the tournament. Neymar, who was the difference between the two teams shined when his team needed him the most. Oscar provided great support to him, and he too showed his class by netting in the 3rd Brazilian goal to seal the match.

Brazil are likely to go in the match without many changes. Scolari may choose to line in Dante instead of Dani Alves or Marcelo. The Brazilians will also be sweating over fitness status of their striker Hulk.

Brazil will go in the match with the same 4-2-3-1 combination, but this time they will look to add some method to their game than just shooting around.

Neymar will once again hold the key for Brazil. He will look to continue his good run in the competition. He along with Oscar is looking a very formidable partnership for Brazil up front.

Mexico won their first match against Cameroon, in what could be termed as ‘thunderstorm’ atmosphere. The match which was played amidst heavy downpour, saw the central Americans beating the edging out the central Africans by 1-0.

Mexican coach Miguel Herrera will consider his team as unlucky, as they were denied two goals in the first half by the assistant referee, which were clearly an unfair call. Giovanni dos Santos was the victim in both the occasions.

Though his move to play Oribe Peralta over Javier Hernandez proved to be the decisive move, as Peralta’s goal in the 61st minute was the difference between the two teams.

Mexican defence looked solid against the cameroonians.  The defencive duo of Hector Moreno and Paul Aguilar were unbreakable at the back. They made some crucial interceptions towards the end part of the game to deny Cameroon any opportunity to net one past the Mexican goal.

Midfield will be an area of concern for them, the midfielders Andres Guardado and Miguel Layun were unable to feed in passes to the forward line. There was not any built-up to their attack and they relied heavily upon Dos Santos and Peralta to create goal scoring opportunities.

They will be hoping that the forward duo of Dos santos and Peralta carry on their form in this crucial game.

Mexico are expected to go in this game with 4-2-3-2 combination. It will be interesting to see whether the Mexican defenders can keep Neymar and co away from scoring in this game. A better performance by their midfielders will give them a great chance to extract win in this game.

Giovani Dos Santos will once again lead his team from the front. He was undoubtedly player of the match in their last game. He will create opportunities at front with his quick approach to the box and creative gameplay but he will need support from others to excel in this important game.

Brazil have a better team overall and they will have an advantage of playing at home. If they play with the flair they are famous for, Brazil are expected to win this game by 2-1.