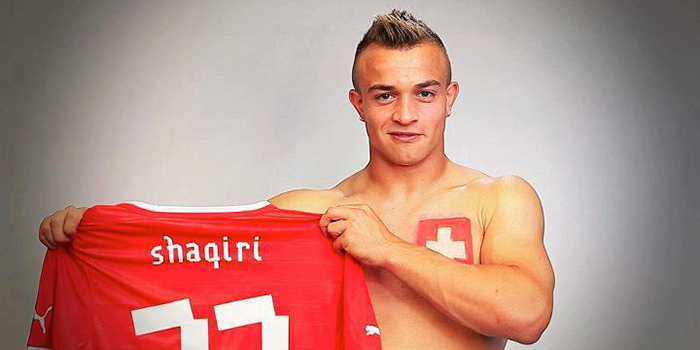 23 year-old Antonie Griezmann is one name spoken in high regard in the transfer market all around Europe. The French winger has been courted by a host of European big names including the likes of Arsenal, Liverpool, Manchester United among many others. Having top scored for Real Sociedad this season with 20 goals and 5 assists, the left footed winger has been a revelation for the over-achieving Spanish side. Deadly finishing coupled by an explosive burst of pace, Griezmann will be crucial to France’s chances at succeeding in the absence of the mercurial Franck Ribery.

Ghanian winger Christian Atsu joined Chelsea in September, 2013 from Portuguese side FC Porto for a fee close to 3 million and was immediately shipped out on loan to Vitesse Arnheim in the Dutch Eredivise for the rest of the season. The explosive winger burst onto the scene at Porto with powerful displays down the right wing for the Portuguese giants. In an under-rated yet very dangerous Ghana side, Atsu will have a major role to play in Brazil as the likes of Sulley Muntari and Kevin-Prince Boateng man the midfield. Atsu will also be eager to perform and prove his credentials to Chelsea boss Jose Mourinho as he plots his way into the Chelsea first-team.

Lorenzo Insigne set the Under-21 European Championships alight with his displays down the left wing last summer. After a stellar season at Napoli under Rafa Benitez, the Italian winger has improved his all-round game and will be pivotal to Italy World Cup hopes in Brazil. The tricky winger possesses great ball control and pace to go along with clever inter-play with the forward down the left flank. Insigne has matured from the brash yet dangerous winger of Euro last summer. His wing-play in an injury-hit Italian side will decide how far Italy go in the tournament.

Liverpool born 20 year-old Ross Barkley has won admirers all around the world with his fearless displays for Everton last season. On the back of those impressive performances and a policy of blooding the youth, Roy Hodgson named the Evertonian from Merseyside in the England squad ahead of Manchester United’s Michael Carrick. Playing in the Group of Death with 2 other former World Champions, Hodgson will need results and Barkley will be key to England’s chances. The brave playmaker is comfortable with both feet, drives right through the heart of the opposition defence beating defenders at will. An unknown commodity in European football, Ross Barkley has been compared to Paul Gascoigne of Italia 1990. England fans will be hoping he can go one better than Gazza.

22 year-old William Carvalho of Sporting Lisbon is one of the most sought after names in the current transfer market. With the likes of 20-time English champions Manchester United courting the defensive midfielder, the versatile defensive player from Portugal will be a key component of his national side. Blessed with the attacking talents of Cristiano Ronaldo, Nani and Joao Moutinho, William Carvalho will provide the much needed steel in midfield and screen the vulnerable Portugal defence. Standing tall at 6’1, the Portuguese defensive midfielder will look to prove his credentials on the biggest stage in World Football.

Bayern Munich’s disgruntled Swiss winger Xherdan Shaqiri holds the key to a young and talented Switzerland side at the World Cup. Unhappy with the opportunities he has had at the German Champions, Shaqiri has been pondering over a mover away from the Allianz Arena. With the likes of Liverpool, Arsenal, Manchester United and Juventus keeping a close eye on his performances, Shaqiri will look to carry Switzerland through a relatively easy group. Immense strength and blistering pace, the former Basel-man is player to watch out for in the only team to beat World Champions Spain in the World Cup, 4 years ago.

FC Toulouse’ African full-back Serge Aurier has been touted to be one of the hottest properties in the transfer market this summer. With the likes of Paris St. Germain, Arsenal and Liverpool battling it out for the signature of the versatile defender, it will be interesting how Aurier features in Ivroy Coast’s World Cup campaign. 6 goals and 7 assists in Ligue 1 as a defender, Aurier has been regarded as one of the best attacking full-backs in Europe this season. In a star-studded line-up for Ivory Coast, it’ll be interesting to see how Aurier features in the Elephants road to glory.

Very few 21 year-old defenders in World Football are capable of nailing down a starting place in their respective clubs and when the club is Real Madrid, you have to believe that the 21 year-old is an exceptional talent. Having moved from Lens in Ligue 1 to Real Madrid 2 summers ago for a reported 8.8 million, Raphael Varane has broken into the central defensive partnership of Pepe and Sergio Ramos to establish his own place in the Real Madrid back-four. Comfortable on the ball, strong in the air and strong in a tackle, Raphael Varane has all the attributes required to be a world class defender for years to come. With competition from the likes of Laurent Kocielny, Mamadou Sakho and Elaquim Mangala; Varane looks to have given French boss Deschamps a pleasant head-ache in selection.

The meteoric rise and rise of 19 year-old Raheem Sterling has been one of the best things English Football has seen in the past few years. 11 goals and 12 assists in just his 2nd Professional season at the highest level of English Football at the tender age of 19, Raheem Sterling is undoubtedly a very special talent. Nurtured and utilized wisely by Brendan Rodgers, Stering has gone from a tear-away speedster to a tricky winger to a prolific number 10 in just a couple of seasons. Having played his way into the England national set up, Hodgson knows that his Liverpool winger is the hidden weapon he possesses compared to his opponents. In the heat of Brazil with players tiring, introducing Sterling in the last quarter of the game might just be the plan that may work for Roy’s Young Lions. Blessed with searing pace, a bag-full of tricks and an eye for a goal; Sterling is as important to England’s campaign in Brazil as any other. Watch out for the teenage superstar in Brazil.

Every time Paul Pogba walks on to the pitch, Manchester United fans are left to wonder what might have been. A 21 year-old midfielder who has outperformed the legendary Andrea Pirlo in the Serie A playing for Scudetto winners Juventus, Paul Pogba is the best young midfielder in the World, hands down. 9 goals and a shocking 16 assists in the slow paced Serie A. Paul Pogba – would undoubtedly, walk into any team in the World; only if Sir Alex Ferguson thought that way too. One of the few 21 year-olds have to bear the burden of an entire nation’s hopes at a World Tournament. After talisman Franck Ribery limped out of the World Cup with a back injury, it will be down to the former Manchester United youth graduate to carry French hopes this World Cup. Having completed just his 3rd professional season, Pogba shows composure on the ball beyond his years. Commanding the French midfield, Paul Pogba will be at the heart of France’s success this World Cup.