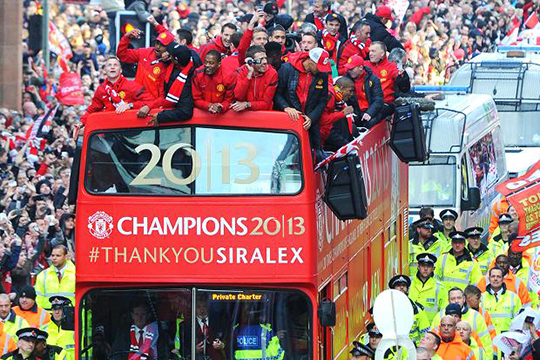 Manchester United have endured an abysmal performance in the recently concluded season and are looking to get back to their top form for the upcoming season.

On May 8 2013, Sir Alex Ferguson confirmed that he will step down from his post as United manager after guiding the Red Devils to their 20th and the Scot’s last piece of silverware at Old Trafford.

The great elder at United suggested to the board that, then Everton manager David Moyes should be his successor. The Glaswegian took in charge of the managerial role and since his appointment it has been nothing but disappointment for both the club and their fans.

Indian Football Network will just do a post-mortem as to what went for Moyes at Old Trafford, so that he made the Champions to a mid-table team.

Before we do that, let’s take a quick recap as what happened in the former Everton boss’ 10-months of his six year contract with the Red Devils.

Firstly, the Red Devils had a poor transfer window as they have managed only one major signing – Marouane Fellaini for £27.5m from the Merseyside club. The Belgium international was dubbed as a failure after his poor form, coupled with injuries saw him fail to replicate his Everton form.

As the season started, the poor results started piling up as United suffered defeats in short succession at the hands of their arch rivals Liverpool and Manchester City. The 4-1 loss against the Citizens was a massive blow.

United’s fortress, Old Trafford is called “Theatre of Dreams” was slowly turning into “Theatre of Nightmares.” Latter through the season, United suffered defeats at the hands of Newcastle United, Everton and Tottenham Hotspur at home as their struggle continued under Moyes.

This was immediately followed by a shock exit from the FA Cup third round after suffering defeat at the hands of Swansea City at Old Trafford. They lost to Sunderland in the semi-finals of the Carling Cup as well.

United crashed out of the Champions League and will miss out of Europe’s elite club competition next season as they finished seventh in the league table. They are also ineligible to feature in the Europa League, which is the second tire of the European competition.

The set of players who went on to win the title in a brilliant fashion under Ferguson were struggling under Moyes. What went wrong at Old Trafford that there was a dip in the performance? 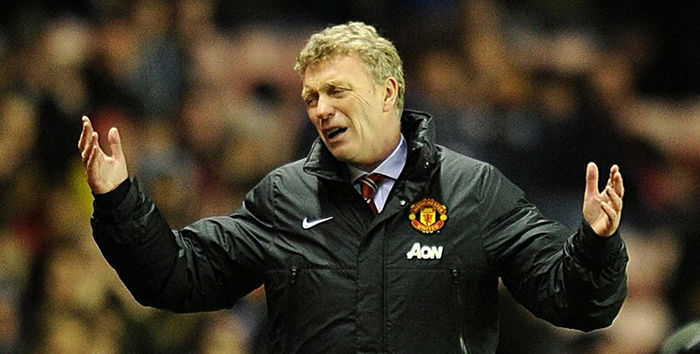 This is what Vocabulary Dictionary had to say: “A mentality is a way of thinking or the ability to think and learn. If someone says you have the mentality of a kindergartener, that’s great if you’re in kindergarten, but if you’re in tenth grade, they’re probably calling you immature.”

Under Ferguson, should a player underperform, the fans, pundits and even former players would have pointed fingers at those underlying, underperforming players and not United manager.

However, when Moyes took over, the Scot already had a huge pressure of being Ferguson’s successor even before he officially took the role on July 1. When the results were not going in United’s favour, the majority of them had their fingers pointed at the former Everton manager.

While players received less slack from the fans (excluding Tom Cleverley and Ashley Young) when compared to that with Moyes.

The mentality of the players was not visible on the field as they lost their fighting spirit in the final quarter of the game. United were known for scoring late goals, but under Moyes they started to concede them.

The fighting spirit was lost and it was the manager’s duty to keep his side motivated in order to squeeze the best out of his players. To make things worse for Moyes, he publicly went ahead and stressed that even Ferguson would have struggled with this ageing squad.

During the game against City and Liverpool at Old Trafford, Chelsea at Stamford Bridge, it looked like United and Moyes did not have a Plan B and Plan C as their Plan A fail to materialise in each of these games.

There were rumours that players were against Moyes and he had lost the dressing room. Well, one can lose anything, if they had control over it. By the looks of it, Moyes never had a control of his players and was not able to motivate them to get the best out of it. 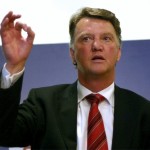 Now that Moyes is gone, all United fans can hope is Louis van Gaal takes over the managerial role at Old Trafford and get the best of the players at Old Trafford as they look to challenge for the title next season.