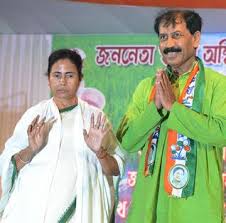 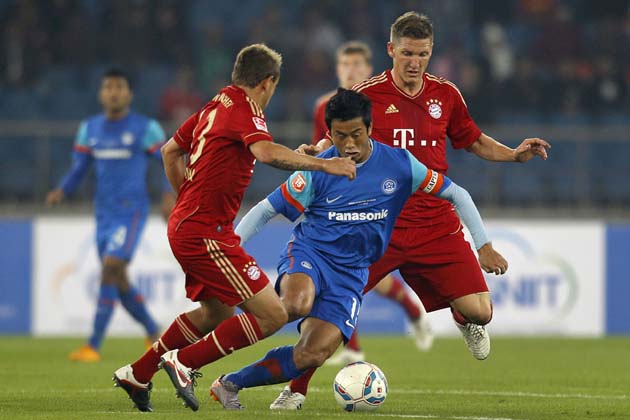 Bhaichung Bhutia is perhaps one of the most celebrated Indian footballers of the recent time. The ex-Indian captain, often called the Sikkimese Sniper, has been one of the best Indian strikers in the modern era.  He also played in English club Bury FC. He is also an Arjun and Padmashree awardee, having won them in 1998 and 2008 respectively. His penchant for administration is well known after he had held multiple positions including the president of Football Players’ Association of India,  Indian footballers’ association, starting the Bhaichung Bhutia Football Schools (BBFS) with Carlos Queiroz and Nike, co-owning the football club United Sikkim FC. He has been vocal in his political ideas as well, having refused to carry the Olympic torch in 2008 to show support to the Tibetan people in their fight against the Chinese authorities.

Bhutia entered politics this year after joining Mamata Banerjee’s All India Trinamool Congress. He was selected to contest for the Lok Sabha from the North Bengal constituency of Darjeeling which is geographically adjacent to his home state Sikkim. He was pitted against BJP veteran and ex Lok and Rajya Sabha member, SS Ahluwalia. Ahluwalia is also not from Darjeeling but enjoys the support of popular Gorkha Janmukti Morcha. Bhaichung shrugged off skepticism on his candidature by saying that politics is similar to football because both are team game and requires a cool head. He said that his experience as a sportsperson will help him to deal with the political challenges and pressures much better.

The contest was touted to be close, but it ended up Ahluwalia winning comfortably against the Sikkimese Sniper who came second.

Another ex-Indian captain from the same camp (Trinamool Congress) won comfortably. Prasun Banerjee, Arjun Awardee (1979-80), had already tasted success when he won the by-polls to the Howrah Parliamentary Constituency in 2013, won against in the same constituency by a comfortable margin.

The talented midfielder and anchorman was a part of Mohun Bagan in the 70s, later playing for Mohammedan SC. He has the opportunity to play against Pele’s Cosmos in 1977.

With this victory, Banerjee has defeated CPI(M)’s Sridip Bhattacharya twice in two years, with the margin increasing this time by many folds. Prasun Banerjee even exhibits his footballing skills in his rallies by juggling a football to amuse the crowd.

Prasun Banerjee is also the first national team footballer to have a representation in the Lok Sabha. He still keeps touch with Mohun Bagan fans, including posting statements in Mohun Bagan social network communities in times of trouble.

The owner of 2012-13 I-League Champions, Churchill Brothers, is also a veteran politician in Goa who have been the Chief Minister of the state for a small time during the  early 1990. A congressman, he resigned after Congress refused to put his daughter, Valanka Alemao, as candidate from South Goa. He joined Mamata Banerjee’s AITC, making him in the same camp as Bhaichung Bhutia and Prasun Banerjee, although AITC has no base in Goa.

The 2014 Lok Sabha election has been a disastrous campaign, reflecting his football teams fortunes, which just managed to save relegation in the 2013-14 I-League. He came behind BJP and Congress candidates and managed an embarrassing 11,941 votes, while the other two heavyweights got more than 1.5 lakhs. The constituency was eventually won by BJP’s Narendra Sawaikar.

All India Football Federation (AIFF) president and ex- union minister, Praful Patel was handed a shock defeat by BJP’s Nanabhau Falgunrao Patole by a margin of around 1.5 lakhs vote. Patel is a seasoned politician, who has handled various ministries and committees in the past two decades. Under him, AIFF is said to have made some progress in Indian football, including being awarded the best national sports federation a few months earlier.

NCP candidate Praful Patel, who was one of the coalition partners of Congress led UPA, has won the Lok Sabha elections 4 times since 1991 and this defeat comes as a setback. Praful Patel is expected to continue as AIFF president.

Some other sports personalities