All matches are scheduled on 11th May.

Match of the week : Manchester City vs West Ham

Manchester City is standing on the verge of clinching their 2nd premier league in 3 years. They started their campaign with a bang, got shaken a little in the middle by the injury of playmaker Yaya Toure and prolific striker Sergio Aguero, and then again regrouped themselves under the regime of ‘The Engineer’ Manuel Pellegrini and already put one hand on the trophy. Nevertheless, Liverpool’s debacle against Crystal Palace pushed them closer to the silverware. Had the Merseyside club clinched a routine win against Palace last week, City would have been under pressure. But Brandon Rodgers’ team could not capitalize on their 3 goal lead and fell astray at the end of 90 minutes, resulting the sobbing and crying all around the park. Manchester City clinched a mammoth win against the Toffees and thumped a habitual win against Aston Vila, thanks to the Bosnia Striker Dzeko and none other than Yaya Toure. On the last day of the league they are facing West Ham, who have registered an outstanding win against Spurs last week, courtesy the goal from Downing and one own goal from Harry Kane. Though the 12th placed team is a veteran club in premier league, any defiance from the Hammers is highly unlikely at the Etihad Stadium this week. The Citizens are gunning for their first Premier League trophy under the newly recruited manager who has almost prepared his message after clinching first premier league trophy in England. Whether the Manchester brigade hold their nerves and finish off their business in a great style or not, time will have the last say. Once they do, they would cherish the moment undoubtedly. This year the tournament has gone to so extent that every team played out of their skin and pushed harder and harder for the trophy, which is finally looming to be owned by none other than Citizens.
Prediction: Manchester City 4-1 West Ham

Click here for free live stream for Liverpool vs Newcastle

All hail the Reds. They showed their vigor and mettle time and again and pushed harder and harder for the silverware. But sudden slump at the crunch may cost the title. Back to back negative results against Chelsea & Crystal Palace thwarted their chance to clinch first ever English Premier League trophy, on its 22nd occasion. Suarez’s sobbing at the Selhurst Park was readily representing whole the team’s mental trauma after narrowly missing out their first ever premier league trophy. However, they still hold a chance to win it over once Manchester City faces a horrendous loss against the Hammers at their own fortress and Liverpool pulls up a clinical win. Stevie G & Co. would be pumped up to give a final knockout punch, but the saddest part of the story is that they have little in their own hand right now, but they have to pray for an West Ham win as well. Though Newcastle United pulled up a win against relegated Cardiff City, anything but a loss against Liverpool is highly unlikely at the moment. They succumbed to deep grave while facing 7 consecutive losses before the last win.
Prediction: Liverpool 3-0 Newcastle United

‘The Special One’ started the season slowly but steadily, put his feet on the gas and gained acceleration midway. While a double was looming large, his team failed miserably. Their wretched unbeaten home run in Premier League came to an end against Sunderland, then they fell short to Atletico Madrid in Champions League semi final, ironically again at Stamford Bridge itself. Finally their Cup run dashed while they drew against Norwich City last week, better not to mention, another debacle in their own turf. Though they registered monumental win against Liverpool, Manchester City, Manchester United and Arsenal, prime time losses against minnows cost them the silverware. Mourinho can’t expect more than a 2nd place finish this season. He has to dig up more for a better result next season and he has to convince Mr. Abramovich to spend more on the next transfer window. Once he gets poaching strikers in his kitty, definitely the shackles would be broken and Chelsea FC would be flying high.
Prediction: Cardiff City 0-2 Chelsea

Losing one after another match in the league, sacking managers- everything went against Fulham this season. While Crystal Palace flew high on Puncheon, Gayle, Chamakh’s shoulders, Fulham got overwhelmed time and again. Eventually, Fulham confirmed their relegation slot a few matches ago, on the contrary, Crystal Palace is certain to keep their 11th spot irrespective of the outcome. Finishing on 11th just after getting promoted in the premier league is a Himalayan task indeed, kudos to Crystal Palace manager Mr. Pulis & Co. Fulham has to overhaul their strategy next season and the team has to overcome the grueling task of reentering into the premier league next season.
Prediction: Fulham 1-2 Crystal Palace

Everton, the 2nd Mersyside club, have come across best season in recent history and certain to finish off at the 5th spot behind the Gunners. Martinez steered the team in the right direction and galloped one after another hurdle and confirmed their Europa League berth. The havoc wins against Moyes’ United would be the prominent landmark in his logbook definitely. The Toffees got hammered in their last outings against Southampton and Manchester City, still they would be favorite by miles this week. Hull City went through a roller coaster ride this season because of underlined off field reasons mainly, but they would certainly pull up their socks while they resume after the sojourn.
Prediction: Hull City 0-2 Everton 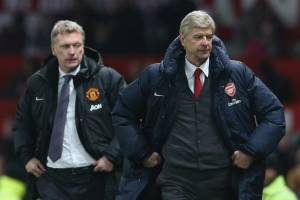 Norwich City will bid adieu to the Premier League, at least for a season, after their final outing against the Gunners. Their inexperience cost most while Snodgross & Co. registered a few methodical wins during their premier league venture. Incidentally, the Gunners’ fans hoped for their 8 year draught, but finally the premier league eluded them again. Ramsey continued his prolific run after coming back from the injury, Olivier Giroud netted copious goals, but they relinquished on pivotal matches, subsequently the title. Might be they would win the FA Cup on 17th May, but they have to really dig in to clinch another premier league trophy next season. Arsene Wenger is the veteran person and he’s the best one to figure out the cons.
Prediction: Norwich City 0-2 Arsenal 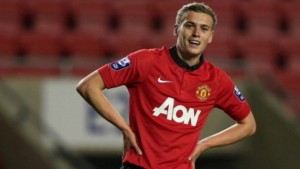 The most glamorous contest of the final day will take place at the St. Mary’s Stadium for sure. It would be the grueling contest between the Sotons and Red Devils, albeit their position won’t change at the whistle. Right now, Man United is at 7th position with 63 points and Southampton is just behind them with a mighty gap of 8 points. Lallana, Ricky Lambert, Rodriguez all stood out this season, but their sudden slump cost them quite a few places in the table. On the other hand, ‘The Chosen One’ David Moyes was sacked by the Glaziers and Ryan Giggs, the legendary Man United son was handed over interim managerial job. Though he clinched a win on his debut against Norwich City, next week he had a huge setback against Sunderland at the Old Trafford. Meanwhile, there is a buzz that legendary manager Louis Van Gaal is about to take the prestigious job at the inception of the next season, but certainly Giggsy would push his team to clinch a win at his farewell match, both as a player and as a manager, supposedly. Irrespective of the outcome of the match, it would be a nail biting contest for sure and football would be the winner at the whistle. Both the teams have to do lots of homework for the upcoming season. While some of their players would definitely blossom in the 2014 Fifa World Cup, the management has to spend a lot to be a serious title contender next season.
Prediction: Southampton 1- 2 Manchester United

Another nail biting encounter is on the card while the Welsh team would visit Stadium of Light this Sunday. Sunderland had an epic run off late which not only took them out of the relegation zone, but placed safe at the 14th spot on the table. Swansea City is enjoying the 13th spot with 39 points while Sunderland is just 1 point shy of their rival camp. Swansea City has to do much work compared to their opponent after this season to stay afloat at this top division, otherwise they might succumb to further low right after next season. Borini, Wickham needs to fire for the last time this season to clinch all the possible 3 points. Once Hammers face a likely loss at the Etihad Stadium, Sunderland could end up at the 12th spot, which would be a Himalayan feat for Gus Poyet & Co. While the team was rattling at the bottom of the table a couple of months ago, their sudden rejuvenation under Gus Poyet caused huge upsets like wins against Chelsea, Man United, incidentally both at their home.
Prediction: Sunderland 1-0 Swansea City

Conceding goals at pivotal moments cost Spurs their European berth. Even the team started well under Tim Sherwood, but their awful defending and lack of coordination could not be prevented till the end of the season. The season started at the right tone and the players hit the right chord, but defenders could not hold their nerves and conceded numerous mediocre goals. Hugo Lloris, the custodian saved the team from disgraceful losses time and again. The Frenchman has been the most successful spurs player this season. The management spent so many before the kick off, but they failed to capitalize on the big signings like Soldado, Ericcson. They have to get prepared before the next season to click at the right moment, otherwise it will be another season of agony and misery. Aston Villa is holding their 15th spot at the moment. Though they accumulated as many points to Sunderland, because of superior goal difference Sunderland is placed one place higher at the table. They would try to push for one last win to gain some pride at least.
Prediction: Tottenham Hotspur 1-0 Aston Villa

West Brom Albion slumped heavily, because of their a few vital wins this season, they won’t get relegated at the end of the season. Right now, West Brom is placed 17th just above Norwich City. Even if Norwich City clinches a win on their final outing, still they can’t out qualify West Brom because of their better goal difference. On the other hand, Stoke City is supposed to finish at the 10th spot irrespective of the result. Right now they are enjoying a 3 point lead & unassailable 7 goal difference over Crystal Palace, which is dubious to be overturned.
Prediction: West Brom 0-1 Stoke City