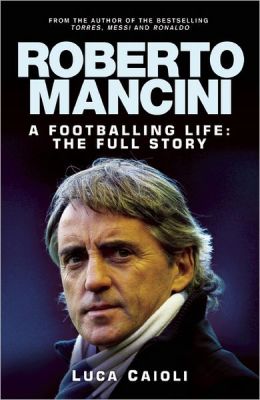 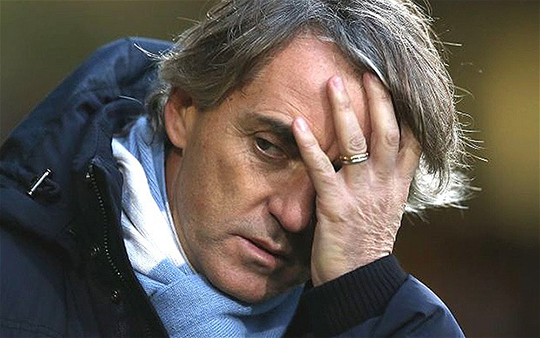 (Thank you Luca Caioli for making me learn a little bit of Italian and some more about football).

Learning Italian has always been one of my keen interests. Be it famous ‘F**k Off” hand gestures or few spoken words from Gennaro Gattuso screaming his lungs out on the pitch or any of the AC Milan players giving an interview in Italian to the press. Forza Milan, buddy! By now you know that I’m a die hard ‘Milanista’. But guess what, it is this club that actually made me fall in love with the country (Italia). A country where – ‘You either defend or you die’ seems to legitimate definition to define the footballing world of this region. One of the reason why I’m talking about Italian football and the author – Luca Caioli in special is because of his stupendous work in jotting down the entire life of ‘not-so-famous’ Italian legend – Roberto Mancini. 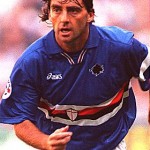 I know what you thinking about? Mancini? The same guy who tried to ruin Tevez’s career? Is he the one who Balotelli just couldn’t cope up with? Ex-Manchester City boss who gave them the premiere league title back in 2012? Yes… I know these are the few questions coming to your mind as and when you read that name Roberto Mancini. But let me tell you this. There’s more to this man! It’s not just his frivolous temper that he showcased against Balotelli and Tevez, it’s not just about this Ex-Inter Milan and Manchester City coach. It’s more about Roberto Mancini, his achievements as a player and getting to know him as a person. 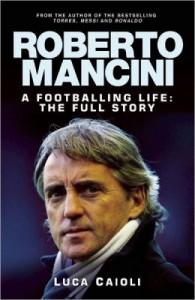 Well, I am not propagating Mancini or Caioli but the book taught me so much about football, it changed the perspective of me watching and analyzing the beautiful game, that I just couldn’t resist writing about it. A book that covers the personal and professional life of a living legend of Italy, a book that teaches you it’s not just a game, a book that beautifully paints the psyche of the players on and off the field. Insightful in many ways, really.

I would like to end up with saying Grazie Mister Caioli and Roberto Mancini together you made me realize that I still know nothing about football. Guys, if you ever get hold of this copy – Do read. Roberto Mancini currently coaches turkish giants – Galatasaray.

Up next Alex Ferguson: My Autobiography. (Manchester United fans, hold your horses)