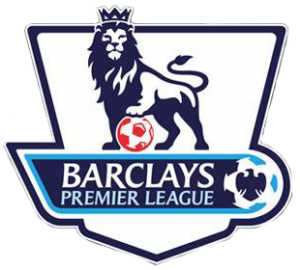 Clash Of The Week: Liverpool vs Chelsea

One team is riding high on swashbuckling performance since the early days of the season; another has just given up an enviable home record. One team is intimidated by the opponent courtesy their lethal striking force, another team is gasping owing short but deadly injury list. There would be no prize for guessing whom are we talking about.

Liverpool won 9 consecutive matches in the premier league while their counterpart just faced a mighty defeat to wooden spoon holder Sunderland. Though Sturrridge, an ex-Chelsea man is sidelined with his sustained injury, Sterling would provide the perfect assistance to the man-in-form Luis Suarez. Henderson is still out of selection due to his suspension till end of the season. Nevertheless, Brandon Rodgers can’t feature Moses against his parent club Chelsea.

‘The Special One’ already admitted that this season is over for the veteran custodian Petr Cech. To add more woes, John Terry has also been sidelined due to his ankle injury in the Uefa Champions League encounter against Atletico Madrid. Ashley Cole, Cahill, Azpilicueta and David Luiz would comprise of the defence line, while Matic and Saleh might be deployed by Mourinho, as they can’t be in the Uefa Champions League semi final team. Lampard might get a first team nod to add experience in the field. His experience might augur more authority in the Chelsea team to repeat the first leg result while Chelsea overturned Liverpool lead owing to a Skrtel goal on 3rd minute.

A Liverpool win would put the Mersyside club inches closer to the 22nd Premier League, while an opposite result would open the title race among Liverpool, Chelsea and Manchester City. Right now Liverpool is leading the table with 80 points from 35 matches, while Chelsea is a distant second with 75 points. However, come this Sunday, no Liverpool fan would prefer to walk alone without any substantial result to neutralise the first leg defeat to the Blues.

The Sotons started the season with a bang. Swashbuckling performance every weekend put them within top four of the table. But mid-season slump put them astray, resulting they succumbed to 8th position with 49 points. J. Rordriguez’s sustained injury has been a perennial problem for the gaffer, where as Lallana has been quite shy off late. He has to shrug off his bad old days and put up his bravado to provide perfect assist to another Englishman, Lambert. Since the heavy hammering from Manchester City two weeks ago, they have been searching a league win. 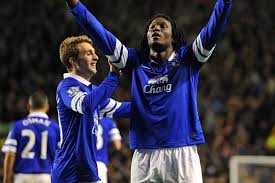 Toffees have regrouped under Martinez and showed up vigorous performance time and again to overwhelm big guns of English Football. Six wins on the trot put them within top four while they brought down by Crystal Palace. Their performance didn’t get marred by this abrupt loss and they came back strongly against defending champion Manchester United, conquering them by 2 goals.
Martinez has to endure a long injury list comprising of Distin, Kone, Jageilka, Pienaar, Oviedo with latest addition Mirallas. Baines, Coleman would be the vital cogs in the backline, while Lukaku would shoulder his duty upfront.

While any of the three results are possible, Everton FC is holding a slight edge over the Sotons, because of their recent dazzling run in the premier league.

The defending Champions are desperate for the curtain of the ongoing season. They have been at the receiving end of many records at the Old Trafford in this nightmarish season. The mid-season signing Juan Mata blossomed in a few matches definitely, but the drooping shoulders and lack of coordination among players could not be cured overnight by this high profile signing. Only Rooney has shown his gallantry, while others have been mere spectators in the field. Losing out the Uefa Champions League spot is the major setback this season, which caused the early sack of ‘The Chosen One’ David Moyes. Ryan Giggs would shoulder the duty of Interim manager for the rest of the season and this Norwich match would be the first of his charge. RVP would prefer to forgo this season as soon as possible, whose injury has not been cured till now. Vidic, Evra both are out of selection owing to their respective injuries.

Norwich City, overpowered n the last 4 matches, currently tottering at the 17th place with 32 points, just 2 points ahead from relegation threatened Cardiff City. They lost the home tie against the Red Devils by the solitary goal from Danny Welback. To find some positives from their last outing against Liverpool, they found the back of the net twice. If they put up such a dazzling show against out-of-form Manchester United, they might earn a point from Old Trafford this season, though the chance is significantly bleak.

Assume that one is asked what’s the common factor among Chelsea, Cardiff City, Aston Villa, Everton and West Ham United? The unanimous answer would be that all got beaten to the south Londo club, Crystal Palace this season. Their resurrection has been fantastic while they produced one after another prolific performance to outplay Premier League biggies. Owing to their fantastic turnaround, they leapfrogged to 11th place with 43 points and seriously eyeing top 10 finish. 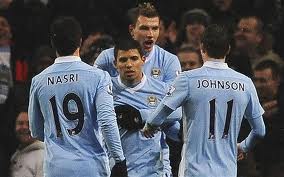 Manchester City got the better of wobbling West Brom last week, to give a breathing space to the gaffer Pellegrini, Sergio Aguero scored on his return date. On the contrary, the vital cog Yaya Toure still has not been declared fit and featuring him in this away tie seems unlikely. Though City has one game in their hand, they can’t afford any leisure at the moment, which might cost them to compromise with the title hope. Aguero, Dzeko, Nasri, Fernandinho must be at the winning side once they play upto their potential. On paper, the light blue outfit is mightier to the London side and this Manchester side is expected to steamroll below par Crystal Palace side this Saturday.

Arsene Wenger’s boys started with a bang while every Gunner Fan started dreaming about their 2nd premier league trophy after the famous ‘Invincible’ season, but sudden downfall cost them huge and finally they are struggling to hold their Champions League berth. They are just one point ahead of 5th placed Everton who would face Sotons this week. Though Ramsey’s return boosted their confidence by a huge margin, Giroud’s roller coaster form has been a worry undoubtedly. Santi Cazorla, Ramsey has to combine well to outplay the Magpies at the Emirates stadium. They gained a huge momentum with their back to back league wins courtesy picturesque goals from Poldi, who has scored 4 goals in last 2 matches. 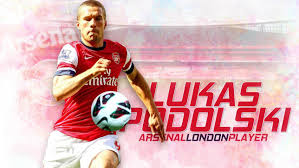 Alan Pardaw’s side must have been pretty complacent after last season’s joyous outcome, hence faltering this season was inevitable. Southampton, Manchester United thrashed them with 4 goals apiece. Their defence has been terrible this season, conceding 54 goals in 35 matches.

Any other result than a Gunner win is dubious to be frank. The Gunners must repeat the first leg result where they overwhelmed the magpies at the St. James Park, thanks to the goal by the Frenchman, Olivier Giroud.

The Britannia Stadium has always been a tough hurdle for any visiting team. Whatsoever be the team’s stature, enduring the out and out physical play of the home team is a tough job indeed. The 10th placed team is just one point ahead of Crystal Palace, hence they would fight out of their skin to get a win against Spurs, who thrashed Stoke in the first leg by an unassailable 3-0 margin.

Tottenham Hotspurs would push harder to gain a monumental win this week to maintain the 6 points lead over Manchester United, who has one game in hand. Tim Sherwood would do a lot of brainstorming before the match to keep no stone unturned to clinch a monumental win at the Britannia Stadium.

First and foremost, they have to be very cautious in the back to hold their castle. They have conceded copious goals this season despite undaunted display from Hugo Lloris. The goal has to be unscathed to earn all the three possible points. Meanwhile, Tim Sherwood won’t be happy to know that Stoke City has won last 4 home matches. Now it’s to watch whether Spurs can break the fortress record or not.

Fulham has been going through a dismal phase this season and their main agenda would be to avoid the relegation. Losing out 23 matches out the 35 is a huge shame for the veteran club. One of those 23 loses is the biggest of this season 0-6, against none other than Hull City. The nightmare was handed out by the Tigers, who have been in the news regarding the club name changing controversy. 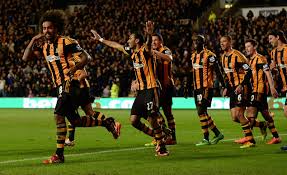 Though Hull City suffered a loss last week to Arsenal, their FA Cup final opponent, still they would be the favourite this weekend undeniably. Currently Hull City is at 14th slot with 36 points. While they are on same points with Swansea, they have played one match less.

It might be the drabbest tie of this week, while both of the teams have lost their focus midway and just fighting out to let the season finish. While Swansea City has a mere goal difference of -4, Aston Villa has the worse with -14. Both of them are poised to finish at the bottom half, but certainly they won’t get relegated irrespective of the result.

While Villa earned a point last week almost after a month, Swansea City got a monumental win against the Magpies. A physical game is on card, while win by either of the sides is not unlikely. But certainly it won’t be a goal feast.

West Bromwich Albion would strive to get a victory to get into a safe corner from the relegation threat surely. They are currently at 16th position with 33 points, while 18th Cardiff City is just 3 points shy. But the advantage is that West Brom has played one match less than these teams. Though they had hardly any positive last week against Manchester City, they got a mammoth result against Spurs the previous week. Though Spurs came back strongly to earn a point, West Brom’s effort can’t be denied.
West Ham United has to gain at least a point to be sure of their 12th slot, otherwise they would slump behind Swansea City. Though a draw is highly predictable, a poaching goal by any of the teams’ strikers would certainly draw the curtain for the opponent.

The battle for the wooden spoon. Thumb rule for both the managers would be the same. Push for the win, get the winning goal and hold on the lead, you are out of the relegation zone. While Cardiff City is holding the 18th place with 30 points from 35 matches, Sunderland is one point shy playing one match less. 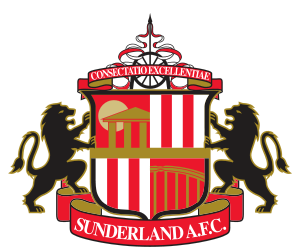 The previous leg has been a perfect show from either of the camps and it concluded stalemate with a 2-2 score line. While Cardiff City registered a dull draw against Stoke City last week, Sunderland put their name in the history book overpowering Mourinho’s Blue brigade at the Stamford Bridge itself. Simultaneously, Mourinho’s enviable record of staying unbeatable at Stamford Bridge got crashed after 77 matches. This win has boosted Sunderand by a huge margin. Wickham has hit the form just at the right moment. On a whole, Sunderland is having a slight edge over the visiting team and might get a clinical win in front of the cheering home crowd.