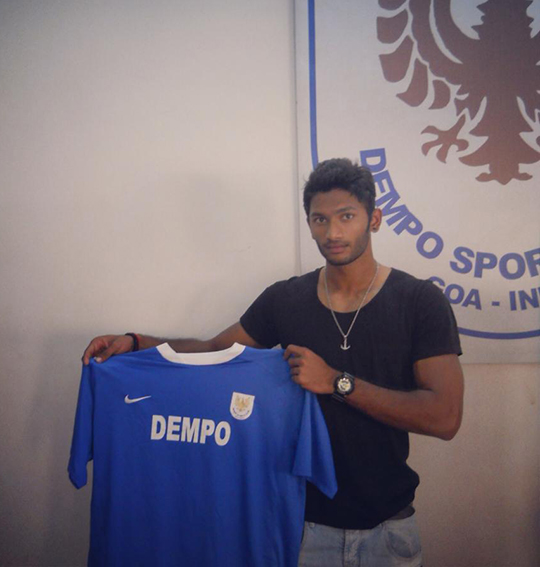 KOLKATA: United SC entertain Dempo in the round 14 encounter of the Airtel I-League at the Salt Lake Stadium on Tuesday. The teams met last month in the reverse fixture in Goa with the Kolkata club winning 2-1 and thus they have the chance to do the double over Dempo.

Both clubs lost in the last round with United SC suffering a heavy 4-0 defeat against Mohun Bagan while Dempo were narrowly beaten 1-0 by Goan rivals Sporting Clube. United SC lost ground in the title race while Dempo are 11th now in the 13-team table and are winless in their last four.

United SC have five points more than Dempo but are facing an injury crisis going into this game, especially in the goalkeeping department.

Veteran Sangram Mukherjee has been nursing an injury for a few weeks now and his deputy Ishan Debnath broke a shin bone towards the end of the Mohun Bagan clash.

Inexperienced Abhijit Das is expected to start in goal for this match but coach Eelco Schattorie’s problems don’t end there as Liberian Eric Brown, who bagged a match-winning brace against Dempo last month, and defender Anupam Sarkar are also likely to miss out due to injury.

The only positive on the team selection front for Schattorie is that India midfielder Lalkamal Bhowmick made his return from injury in the second half against Mohun Bagan and could be fit to start this time.

But the Dutchman would be hoping to see star striker Ranti Martins return to his best as the Nigerian has netted only four in 12 appearances.

Ranti’s former club Dempo have also been struggling for goals as they have managed just two in their last six matches and the record five-time champions are closer to the bottom than the top of the table.

They have plenty of under-23 players in their squad and experienced India international Clifford Miranda, who has scored three of the club’s 11 goals, feels that their team will improve with time.

“We have a lot of young players so we have to be patient and keep faith in them. I don’t think we have been playing that badly but we need to convert our chances,” the 31-year-old was quoted as saying.

Dempo will take heart from the fact they have picked four points from their previous two visits to Kolkata this campaign and lead the overall I-League head-to-head record with five wins, three draws and three defeats.

Such is the competitiveness of the Airtel I-League, that a win for third-from-bottom Dempo could see them end the round in the top seven.