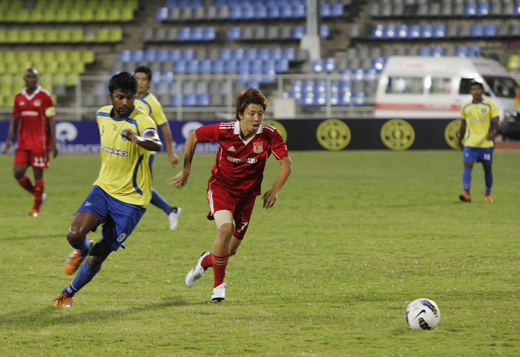 PUNE: The Red Lizards get ready to meet a rejuvenated Mumbai FC in the first Maha Derby of the season on Saturday evening.

Three drawn matches at a stretch is something that Mike Snoei would like his players to forget and make a fresh winning start, in the Round 13 match of the Airtel I-League at the Balewadi Sports Complex.

Last Sunday, Pune FC allowed a late goal from United Sports Club in a match they should have won hands down, while the next day Mumbai pulled out a rabbit out of the hat when they led Kolkata giants Kingfisher East Bengal 3-1 before finally winning the Round 12 match 3-2.

Pushed to the corner after a series of draws and losses, Mumbai FC had no other way to turn to but go on the offensive. Coach Khalid Jamil finally had a grin on his face when his boys went flat out against East Bengal.

Pune FC is currently at No 2 position with 19 points, 2 behind leaders Bengaluru FC. Thanks to three points from the East Bengal game, Mumbai FC moved one place up to No 10 with 11 points in their bag.

On the morrow though there will be a totally different equation as Pune FC coach Snoei has asked from his players a win as his 50th birthday gift.

Australian striker James Meyer has been without goals for a while and he seems in prime form to realize his coach’s wish. Mustafa Riga has been electric on the field, but it will require solid support from the midfielders to carry out the mission.

Douhou Pierre too has been quiet for some time now and Derby seems ideal time for him to fire. He will have Nihkil Kadam and Anthony D’Souza for support if coach decides to go with the same starting eleven.

Jamil on the other hand is hoping that his players would carry on from the form they should against East Bengal.

Yusif Yakubu will be the key again as he did in the last match. But Mumbai will depend on its triumvirate of Afghani players who have shown promise since their joined the team only recently.

Sandjar Ahmadi missed out on scoring during the East Bengal rout, and it will be interesting to see how he shapes up against Pune FC.