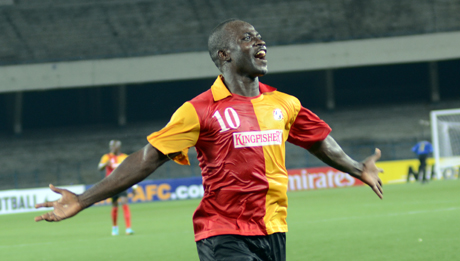 Kingfisher East Bengal will hit the road for four continuous away fixtures in I League from early December,2013.After splitting points with United Club in the previous match East Bengal will aim to return to winning ways when they clash with Mumbai FC at Pune on 2nd December,2013 and climb up the ladder from their present 8th position in the table.The match will kick off at 6 pm on Monday at the Balewadi Sports Complex at Pune.The team will miss the services of Mehtab Hossein due to injury but James Moga will rejoin the side at Pune after doing national duty for South Sudan.Kingfisher East Bengal have played three away games so far winning two and sharing the honours in the other.

The following details are undernoted below:

Head to Head in I League

Last Two Meetings in I League