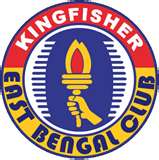 East Bengal FC have suddenly been brought down to the harsh reality after their high flying run in the AFC Cup 2013. Having lost the 2-legged semifinal to Al Kuwait SC by 7-2, a consolation for them would be that they lost to the eventual champions.

The fortunes of East Bengal have taken a scary turn in the I-league too after their glorious 4-0 win debut against Shillong Lajong FC in Shillong. They have been thrashed by a weak Dempo team in Kolkata and then lost to table toppers Salgaocar FC in Goa last week.

A 2-0 win against Bengaluru FC at home was the only high point in between. Although, Bengaluru FC fans blame it on the slushy ground after heavy rains.

Coach Marcos Falopa is already under heavy criticism for his old ways and below par performances. So much so that there are rumors of him being replaced by none other than former SC de Goa coach Ekendra Singh.

Lagging at the 11th position and with 4 matches at hand, this could be the moment when East Bengal turn the tide around. East Bengal would take inspiration from their imressive record in away games against SC de Goa where they have on 4 and lost 2 in 9 I-league games.