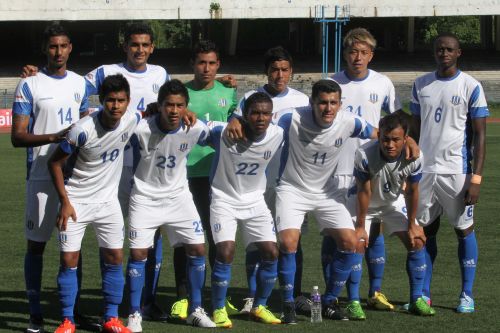 History beckons for I-League new boys Rangdajied United, as the Shillong-based outfit gets ready to host its first ever home game in the I-League, at the Jawaharlal Nehru Stadium on Friday. After losing both their opening I-League encounters on the road, Rangdajied United look to turn the tide in their favour under home comfort.

The task, however, couldn’t have been harder for the blues, as they take on the most successful Indian club in recent history, Dempo SC. The visitors, though, have problems of their own. Despite starting the season as one of the favorites to lift the I-League title, Dempo have failed to record a win in the top flight under new head coach Arthur Papas.

With the Goan side not in the best of form, Santosh Kashyap’s men will look to score their first league points, and get their season up and running. With Rangdajied set to feature in its first home I-league game, excitement has reached a feverpitch among the club’s fans in Shillong. Against the former league champions, Rangdajied will need all the support from the home fans on Friday.

The hosts will be boosted by the availability of a majority of its squad members for the game against Dempo, with players like Dapbor Bareh, Joychandra and David Lalbiakzara hoping to make their I-League debuts. Bareh was a crucial part of last season’s squad, and should have an important role to play this season too.

Against the more fancied Dempo side, Kashyap’s men will have to make some serious improvements to their game, and will especially have to shore up their defence, which let in three goals in the Garden City on Sunday. Whether the coach makes any changes to the backline will be interesting to see.

The experienced coach kept Bansharai Sun on the bench for both the games, but was forced to introduce the midfielder on both occasions after his team fell behind. It wouldn’t be surprising to see Sun start against the strong Dempo midfield, to add some spark to the Rangdajied side.

Dempo themselves haven’t had the brightest of starts to their season, and have let in four goals in two games. With Rangdajied boasting of a more than decent attacking line-up, with strikers Figueira, Lalnunpuia, Gadkari, flankers Eugeneson and Iwasaki, among others, coach Santosh Kashyap will be confident of a good result.

Shillong Lajong had set the city alight with a stunning 3-0 victory over Air India in their I-league home debut around four years back, and Rangdajied will hope to replicate their fierce local rivals by picking up the full 3 points against the former I-League champions, Dempo.

The Goan club has happy memories of Shillong, after they had confirmed the 2009-10 I-League title triumph at Mawkasiang following a 1-0 victory over Lajong. Dempo, who will be playing under Maurice Alfonso, in the absence of coach Arthur Papas, will hope to earn first full three points against the hosts; but Rangdajied, backed by thousands of vociferous fans, will have plans of their own for the visitors.