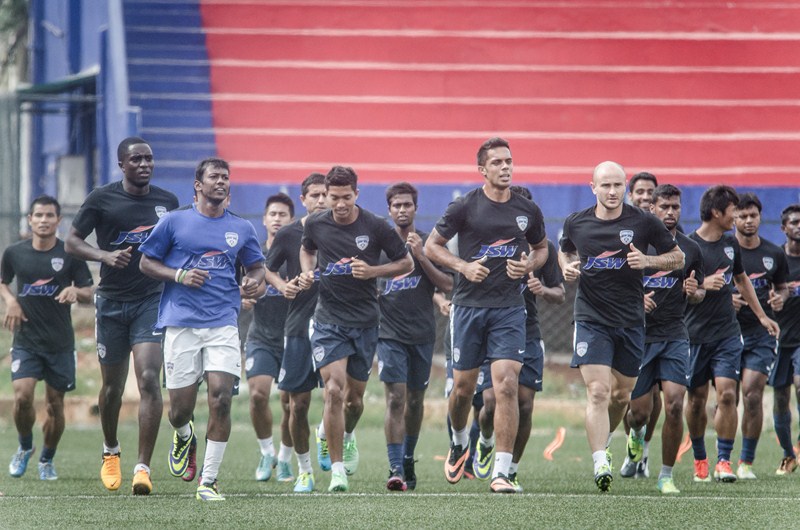 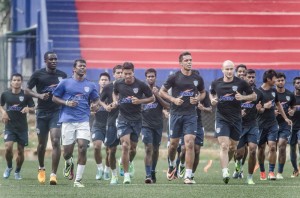 A week after making a statement on debut against Mohun Bagan, Bengaluru FC will be gunning for their first win  in the I-League when they go to battle with Shillong side Rangdajied United, at the Bangalore Football Stadium, in Bangalore, on Sunday.

Ashley Westwood’s young team made an almost-perfect start to the season last weekend only to split points with Bagan after conceding in injury time. But Westwood says the team has put the result behind them and is completely focused on the task at hand. “Everyone loves games better than training and we’re no different. We approach every game with equal attention and the team is in good spirits for tomorrow,” said Westwood at the pre-match press conference.

Rangdajied United are coming off a 2-0 defeat from the trip to Kolkata against United SC but Westwood feels the result won’t matter. “They are a team from the north east with a lot of local boys and we know how strong they can be. Also, they have a manager with a good reputation. It should be a good match,” said Westwood.

Santosh Kashyap his boys will bounce back after their debut I-League game ended in defeat. “The boys are talented and strong, it’s just tactically that we need to improve. We realize that there is a vast difference between playing in I-League Two and the I-League,” said Kashyap.

Bengaluru FC are without any injury woes but will miss midfielder Thoi Singh who was sent off in the game against Bagan. Meanwhile, Rangdajied United are sweating over the recovery of experienced defender Lamine Tamba who is coping with a muscle niggle.