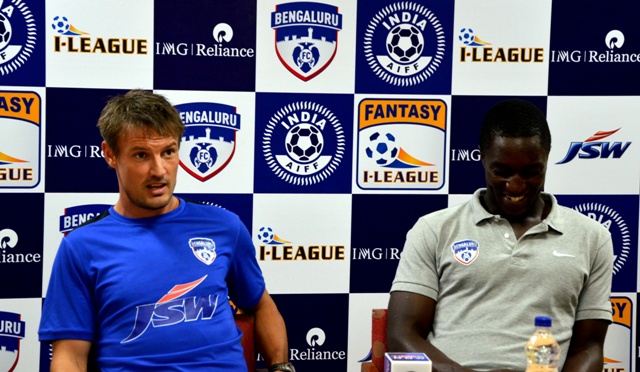 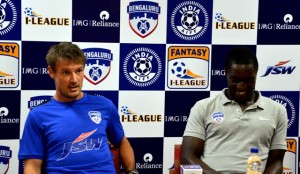 Bangalore: After two months of intense pre-season and amid all the buzz surrounding the club, Bengaluru FC is all set to make its I-League debut against Kolkata side Mohun Bagan at the Bangalore Football Stadium, in Bangalore on Sunday.

Coach Westwood has a completely fit squad at his disposal against the Karim Bencherifa -coached team. “We have 27 players and it’s great to say that each of them is fit and raring to go. It’s a credit to everybody – the players, the coaches and the support staff,” said Westwood at the pre-match press conference on Saturday.

Bagan will be without their talismanic striker Odafa Okolie but Westwood said his absence doesn’t alter Bengaluru FC’s plans. “Well, he is their key player and it’s unfortunate for them if he isn’t playing. We are prepared to play against the best team so his being there or not doesn’t change our strategy. I’m only concerned about my term,” he said.

The Bengaluru FC squad has a nice mix of youth and experience and has seasoned players like John Menyongar and Sunil Chhetri on the team. Defenders John Johnson, Curtis Osano and striker Sean Rooney complete the foreign players list. The squad also has as many as six local players.

Bagan coach Bencherifa said the I-League had taught him well not to underestimate any team. “It’s a long season and it’s all about being consistent. In the I-League there aren’t any big or small clubs. Bengaluru FC will be tough opponents. They have a few match-winners on the team. All we need to do is be consistent and get off to a good start.” Bencherifa also added that the resilience which kept Bagan afloat last season will be taken inspiration from in the season ahead.

The game kicks off at 4 pm.