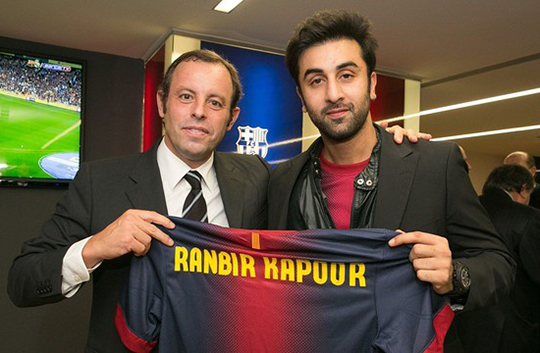 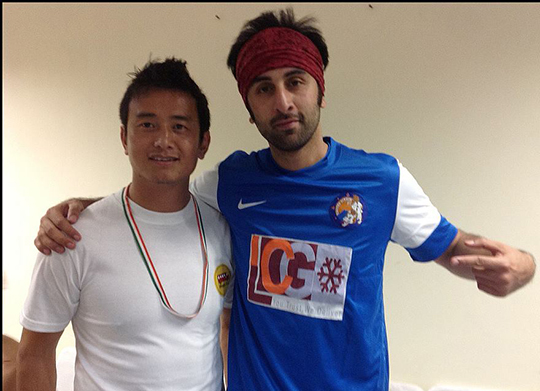 Ranbir Kapoor sent a video to the relegation threatened club, wishing them luck in their quest to display a good show in the last few games.

Bhaichung Bhutia expressed his happiness and told the TOI, “We are proud to unveil Ranbir Kapoor as our brand ambassador. We have known each other for quite sometime. He is a keen follower of football.”

It is worth noting that Ranbir Kapoor, in recent times has emerged as a big star in Bollywood with superhits like Barfi and critical praise for films like Rockstar. His football connections are impressive as well. He was personally invited by Barcelona FC president Sandro Rosell to watch an el classico, which he accepted and took a seat in the presidential box at the Camp Nou and received a Barca shirt with his name.