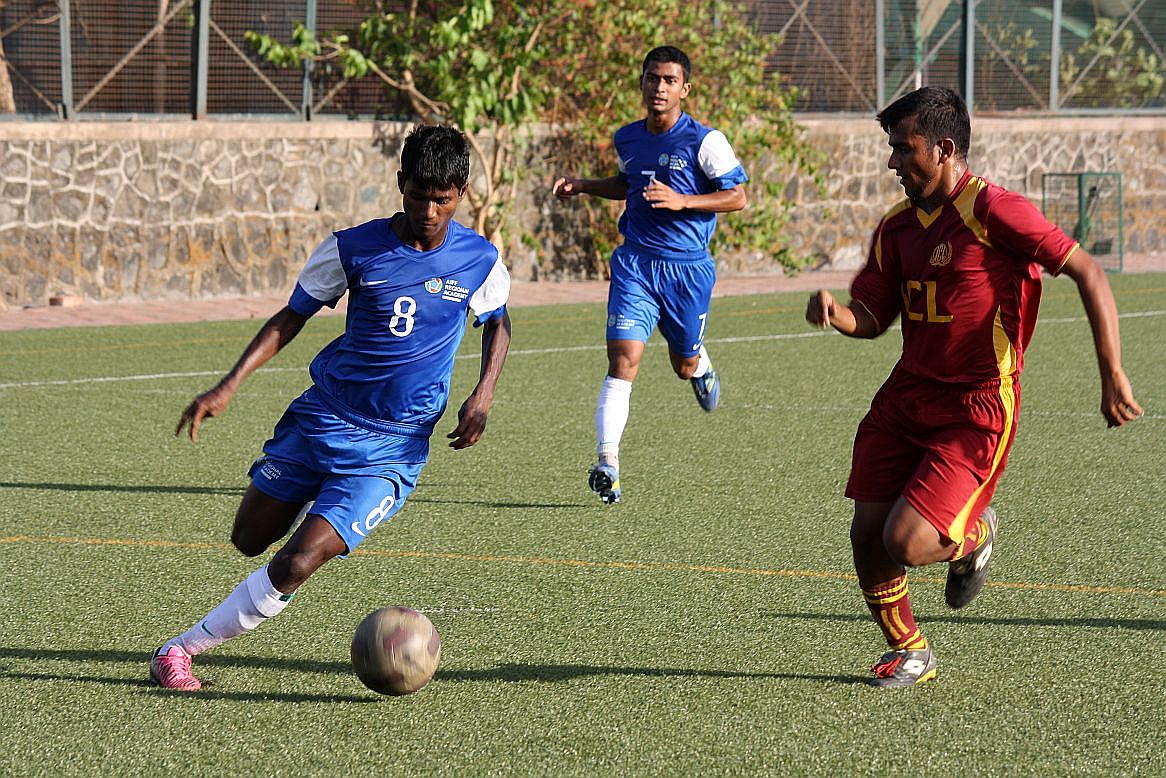 Playing Friendly matches every weekend stays a part of the Curriculum of the U-15 Academy which is based at the Father Agnel School premises in Navi Mumbai.

Despite many of the first-team players being rested, the Academy boys scored at regular intervals against one of the oldest and most decorated clubs of Mumbai. Indian Cultural League (ICL) are former winners of Kolkata’s prestigious IFA Shield and are currently participating in the Super Division of the Mumbai Football League (MFL).

Midfielder Hayden Fernandes opened the scoring in the 9th minute placing it into the far corner before Prasanth doubled the lead two minutes later with an emphatic finish from close range. Rakesh Oram latched onto a loose ball to make it 3-0 in the 18th minute.

Winger Suman Sarkar, making a return to the playing XI following a lengthy injury lay-off, put in an commendable performance on the flanks, notching up a well-deserved brace. A tap-in by Sarkar in the 24th minute was followed by a penalty conversion in the 39th, ensuring that the team went into the half-time break with a comfortable 5-0 lead.

Changing over, Gursimrat Singh Gill volleyed in the team’s sixth goal in the 68th minute and then Bidyananda Singh added the seventh in the 73rd with a thunderous twenty yard strike. The rout was completed in stoppage time when Robinson’s Singh back-flicked a long ranger into the net.