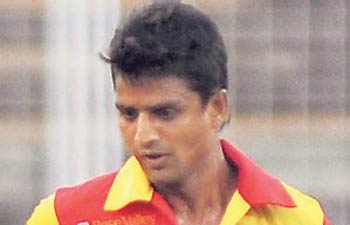 For Mehtab Hossain, it is a challenge of sorts. A central defensive midfielder by trade, he has the responsibility to initiate the passing game that his Coach wants the team to do. In a candid interview with www.the-aiff.com the 28-year speaks about the new style, the Team mantra, how the Team is adapting to it, the next match against Nepal in Nehru Cup 2012 and much more. EXCERPTS:

How far has the team been able to adapt to the ‘passing style’?

We are working very hard as this is a new style of playing for us. The boys are working assiduously in keeping the ball on the ground. We were used to playing one or two passes among ourselves and they play a long ball to the strikers. But that is a thing of the past.

The Coach has always maintained that. We are professional players and have to play in any given system or formation. It is our responsibility to meet his demands by giving our best on the field.

What are the players thinking at the moment?

Our mantra is to forget the past and not take any opponent lightly. The two victories are a thing of the past now and we are concentrating on the Nepal match. Our coach insists to take one match at a time and not bask in the glory of previous laurels.

What’s your assessment of Nepal as an opponent?

Nepal are very quick. They play short passes and build up fast. I watched them play against Maldives. Though they lost, they fought really well. It was a close match.

What’s your impression of the young brigade in the team?

I don’t need to certify them as say they are a talented bunch. They indeed are. From Francis to Lenny to Alwyn to Raju to Jewel to the others – they have come a long path. We shouldn’t forget they are here as they deserve it. It’s an encouraging sign – the pipeline is full and delivering.