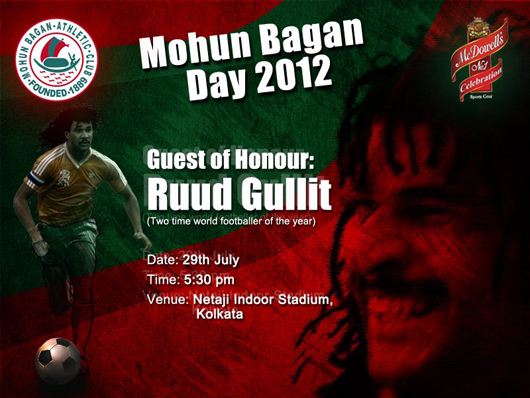 Kolkata : Ruud Gullit, one of Holland’s most popular footballing legends, will attend Mohun Bagan Day 2012 as Guest-in-Chief. The function will be held at the Netaji Indoor Stadium on 29th July 2012 from 5:30 pm onwards. Apart from being a great player, Ruud Gullit has also managed clubs like Chelsea, Newcastle United, Los Angeles Galaxy and Feyenoord among others. 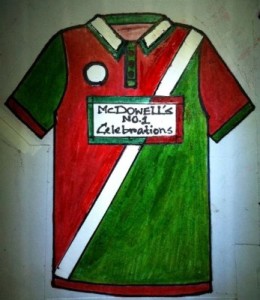 Ruud Gullit will also unveil the McDowell Mohun Bagan jersey designed by singer Babul Supriyo. Babul Supriyo is a renowned singer who has sung many famous Bollywood songs. According to the singer, who is a Mohun Bagan fan, he had hand-drew the jersey design for his beloved club with his daughter’s wax pencils & sent it to the Mohun Bagan management, just in an impulse. Mohun Bagan were still to decide on the new design and were contemplating on few designs, when they got Babul Supriyo’s design and decided to use it as their official jersey for the forthcoming season. Expressing his joy in social network platform, Babul Supriyo said “Can’t really express what a magical moment of joy & honour it is for me”.