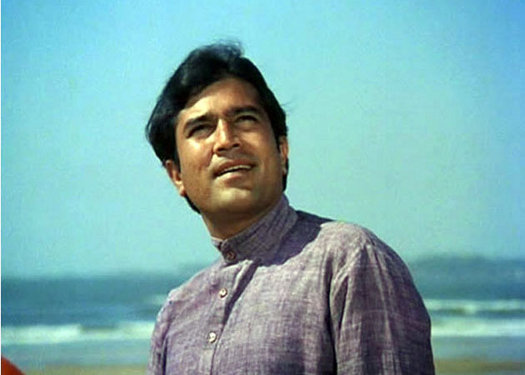 NAVI MUMBAI: The Superstar hated tears. But they flow. They will.

Most of the Coaches and Instructors at the AIFF Coaching Seminar grew up with Bollywood’s first Superstar Rajesh Khanna. At a time when Khanna was singing his way into India’s hearts, Khanna kept a track of footballers of that age.

Even as India wept on Wednesday (18th July, 2012) and still wipes tears, former India Captain Prasanta Banerjee, a veteran of many a battle with the ball, remembers the Late Superstar as a humble human being. 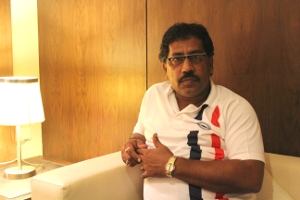 “I had the fortune of meeting him in Srinagar during the 1978 Santosh Trophy. There were floods back in Bengal and during those days we didn’t have any mobiles and neither did every home boast of a telephone. We were anxious to find out whether our families stayed safe in the floods. But it was hard to find even a STD booth in Srinagar,” he recollects.

“Helpless, we were advised to go to Hotel Oberoi where the Manager was cooperative enough to put me through to my residence. As I kept down the phone, the Man entered the lobby,” Banerjee adjusts himself on the sofa.

“He – Rajesh Khanna — the Superstar! There were people all over and around him. The Manager took me there and introduced me to him. To my surprise, he recognised me! I was enthralled.”

‘Come over in the evening to my room. I invite you to my Tea Party,” he patted me over the shoulder. “Hearing was believing. He touched me but his gesture touched my heart,” Banerjee’s eyes lit up.

“Five of us – Subrata Bhattacharya, Prasun Banerjee, Shyam Thapa, Sivaji Banerjee and myself, all doing duty for Bengal in the Santosh Trophy, dressed up and landed at the Hotel early evening. But he wasn’t there. We were told to sit in the lobby.”

“Around 30 minutes later, Rajesh Khanna arrived. He apologised for being late and took us to his room – a huge suite and told us to wait for five minutes.”

“I was bowled over. Having watched him on the silver screen and read and heard about him, I had developed my own perception about him. He was supposed to be an arrogant star. But this was just another human being, so humble,” Banerjee goes on.

“He came dressed in a pink Punjabi and a pink Lungi and started talking. We were a bit overawed but he made us comfortable. And then, to our surprise he started talking football,” Banerjee says.

“I remember him knowing our names. We looked at each other. He said that he had heard about how football jams at the Kolkata Maidan put the City of Joy to a stop. Though he admitted he had never watched a match in Kolkata but reiterated every moment that he has seen our pictures and read about us in newspapers.”

“He made us feel as if we were the Superstars!”

“We chatted for over two hours. He was patient and talked on a variety of topics. In between Mrs. Khanna, Dimple Kapadia walked in, kissed the Superstar on his cheeks. He introduced us to her and we all posed for pictures later,” the glow on Banerjee’s face stays visible.

Later on, in that same tour, we had met Jeetendra and Neetu Singh. Neetu even wanted to come over to watch Bengal play Goa in the Santosh Trophy final but security concerns poured water. But Rajesh Khanna was different – after all, he was the Superstar.”

‘Banerjee, you have been lucky,’ you quip.

“I have always been sentimental about ‘Kaka.’ But the eternal truth stays everyone will die someday or the other. But Football stayed a part of his life. He was passionate about the Kolkata clubs and the Indian National Team. I was a bit emotional after hearing the news. May he Rest in Peace,” Banerjee pays his tribute. Most of the participants who till now were listening, nod in respect.

The Superstar hated tears. But it flows. They will.