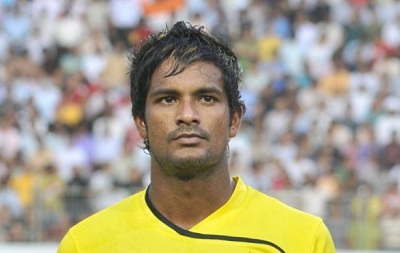 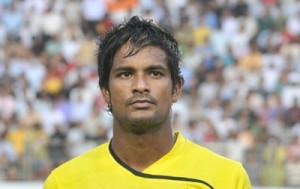 India’s No. 1 goalkeeper Subrata Pal who earned the nickname Spiderman after his heroics in the AFC Asian Cup 2011 is on trial with the 4th division German club RB Leipzig.

Subrata Pal had generated a lot of interest among the clubs and scouts after his unbelievable acrobatic saves against teams like Australia, Bahrain and South Korea. He was the lone star in an otherwise abysmal Indian football team.

A lot of teams had shown interest in him back then including top Korean league teams. But the rule in Korean league does not allow foreign goalkeeper which prevented them from making a move for him.

The RB Leipzig is owned by Red Bull who also have a racing team in F1 and who own a few more clubs in US, Brazil etc.  was rechristened after the name of its city when Red Bull took over. In that season they were in 5th division of German Football League. Subsequently the qualified for the 4th division and have an eye on Bundesliga where they want to qualify in shortest time possible.

Subrata will be in Germany for trials next week.. He is contracted to Prayag United SC in Indian I-League.