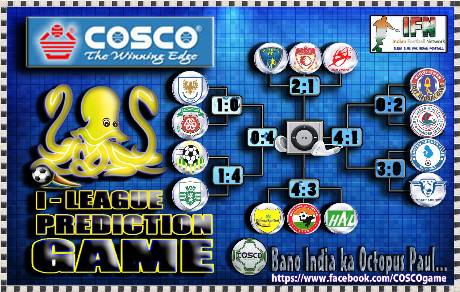 The idea of a football forum is not new in nations where football is developed. The online forums created for fans are a major force everywhere. But there was no such forum dedicated exclusively for Indian football.

Although Indian football is languishing in many aspects, including infrastructure, youth development, skill level etc., there is a large number of people who follow Indian football and have a dream to see the Jana Gana Mana being in a FIFA World Cup match. But there has been lack of a concrete voice of Indian football fans.

This is what Indian Football Forum is doing. It is a platform to discuss the latest trends, happenings and future path of football in India. This is a platform to demand better facilities, better infrastructure and better status of the game from the authorities who are running football.

But I already liked so many Indian Football Facebook pages! Why join the forum?

1. Facebook pages are a good way to remain updated. But mind you AIFF (Indian FA) has no Facebook page as of now! So, you might not be getting the right information all the time.

2. Some of the FB page admins are ill-informed sometimes or are heavily biased. Hence you either get brain-washed or get pissed-off!

3. You comment on what your page admin wants you to. So you cannot start your own discussion. Most of your comments go unnoticed. Even if you post something on their  wall, it would go without being seen by others.

4. On Indian football forum, multiple topics get discussed simultaneously. And all of them are added on one thread. So if you are trying to refer to an older comment, even if it was made months/years ago, you will find it. So, your valuable comments stay forever.

Check out the following comments by Indian football fans:

Thanks to this forum i met with plenty of new fans who like me are optimist and believe in indian football.

This forum showcases the views of hardcore indian football fans & to discuss,share the events with fans from around the country to even the likes of USA,pakistan,ukraine..

The work you guys put in day in and day out is really heart warming and so far in one year you have united all the Indian Football fans together with 1 vision, the hope and will to make Indian Football better. Yes there will be highs and lows but at least we can discuss and read them all here as one. Thank you IFN for 1 year and for making my now first 3 months on this forum the best of my life.

Though, initially when I started following Indian Football, I felt I am a lone fellow among the others following Indian football. But when I came into contact of this forum and after joining it, I realised I am not alone, but instead this forum has increased my passion towards football by many folds.