Gangtok, Pune and Shillong are ushering in a new footballing era. The football clubs recently started in these cities are on the right track, connected to the local community, financially viable and creating regional identities. Hopefully in the future they can give a new look to Indian football. 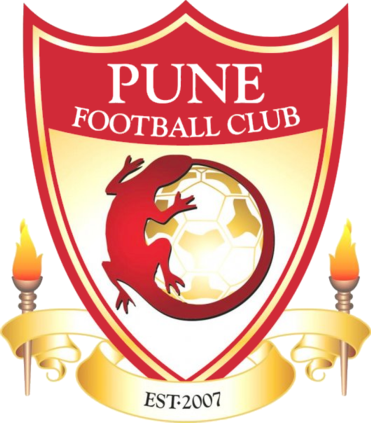 Pune Football Club established in August 2007, by the Ashok Piramal group is the most professional club in the country, fulfilling all the criteria set by the Asian Football Confederation to become a commercial entity.
With the help of their principal sponsor Peninsula Land Limited, they have started an academy for young players. Pune FC uses the small yet well maintained (capacity 20,000) as its venue for matches. To increase their popularity in the city, they have a media partner (a popular Marathi newspaper) and radio partner.
Other commercial ventures are a kit partner, fitness partner, supplements partner and Sports Science partner. Pune, the Oxford of the East, has a large student and thriving middle class population.
To create supporters from these segments of society, Pune FC sells match tickets at Café Coffee Day and arranges inter-active sessions of players with supporters clubs. With these ventures the club has already succeeded in putting the city of Pune on India’s footballing map.
What Pune FC have initiated in four years is an eye-opener for the century-old Kolkata clubs and even those from Goa of how a football club must nurture a supporters’ base and become a thriving identity in their region.
They have already become a role model for future football clubs. Jindal Steel Works aims to start a new football club in Bengaluru with a multi-crore budget, modeled on the lines of Pune FC, a community based club.
In 2008, the Wahingdoh Sports Club turned professional when it merged with Royal Football Club and was renamed Royal Wahingdoh Football Club (RWFC). Coached by the Englishman Hugh Kim Lewis they have a crop of exciting, young players, fulfilling their aim to create an outlet for young players from the North-east.
RWFC supports its home neighbourhood, the locality of Wahingdoh in Shillong with food donations to the underprivileged and financial assistance to the poor and orphaned children of the local Providence School.
Such commitment has ensured that they have a fanatical set of supporters. Their rivalry with the established Shillong Lajong FC is intense and arouses similar sentiments as the more established Mohun Bagan vs East Bengal derby match.
United Sikkim FC was founded in 2008 by the Sikkim Football Board and with help from the former captain of the Indian team, . The club’s aim was to increase football standards in .
Nicknamed the Snow Lions they play their home matches in the Paljor stadium (capacity 25,000). Due to Baichung’s stature, Fifa in their Goal Project 2 scheme has financed the installation of an artificial surface at this stadium.
The club, with its Sikkim identity is commercially viable and is jointly owned by management company Fidelis World and Baichung. Young entrepreneurs have shown that with professional management football clubs can survive and grow in India.

This article was also used in The Asian Age