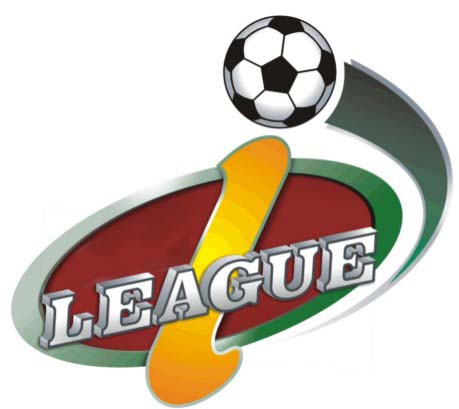 While making a list of top Indian scorers, we realized how embarrassing it looks. In a league where 489 goals were scored, only two Indians managed to score in double digits! Indians scored a total of 210 goals. In our next article we will discuss on the reliance on foreign scorers by I league clubs. Till then lets check out the list of Indian Goalscorers:

Top Indian Scorer: For 20 years old, Jeje Lalpekhlua, I-League experience is nothing new as he had played for Pune FC last year. However, this year he became the surprising top Indian scorer. In the first leg, he only managed 1 goal in 13 Indian Arrows games. However, later he found his form and managed to take his tally to 12 goals, scoring two hat tricks in the process. He was rightly inducted to the Indian national team, where he scored 4 goals in 3 games. Surely, the next superstar in making.

If the first position was taken by a youngster, the second position belongs to a much veteran player, who had been unlucky, not to have seen much I league action before, inspite of his good performances in Kerala and 2nd division. Viva Kerala’s Anil Kumar, an unknown player for most of the Indian fans, surprised everyone by being the top Indian scorer till the last round of I league, until he was displaced by Jeje in the last game. Anil finished with 11 goals and now has been deservingly rewarded by being called up for the national team camp among 42 probables.

Sunil Chetri’s MLS stint was a disappointment where he didn’t get a single MLS game and returned to India with only a cup game and few friendlies. He joined Chirag United in 2nd half of I league and showed why he is currently the most important striker for India. Playing only in one half of I league, he scored 7 goals, including a goal from a bicycle kick, which many considers as the goal of this season. It is most unfortunate that his inclusion couldn’t influence Chirag’s position in the I league, mostly because of their inability to hold the lead.

The next spot is jointly shared by 3 talented young players who had scored 6 goals – Shilton D’Silva (Indian Arrows), Gilbert Oliveira (Salgaocar) and Baljit Singh Sahni (East Bengal). Shilton and Gilbert play in midfield positions and thus, scoring 6 goals deserve kudos. Shilton is already a part of Olympic team and has also played in Indian National Team, while Gilbert recently was named among the 42 probables for the Indian National Team. Baljit has been a consistent scorer, scoring 15 goals in last two seasons for JCT. However, in East Bengal, he couldn’t make it to the first XI. With Robin Singh unable to find his form and East Bengal making a disastrous foreign player signing (Leko), Baljit got the nod and utilized the opportunity perfectly. He even scored important goals in AFC cup. Why was he not named in the national team probables after being consistent for three seasons is a mystery.

Next comes six players who have scored 5 times: This category includes three youngsters – Francis Fernandes (Salgaocar), Ajay Singh (JCT), Bineesh Balan (Churchill Brothers); and three veterans – Xavier VijayKumar (HAL), RC Prakash (HAL) and Manjit Singh (Air India). Francis and Bineesh not only scored these goals but also provided assists, one of the reasons why the foreign strikers of their teams scored so many. Ajay Singh, proved to be an matchwinner who revived JCT a bit before they went down. Ex-Indian players Xavier, RC Prakash and Manjit toiled hard, without much support, to push their relegation threatened teams out of the relegation zone. Special mention must be made for Xavier, whose goals in last two games pushed the team out of relegation zone, his hard work throughout the season has not been overlooked and he has been named among the 42 probables for Indian National Teams.

We hope, next year, Indian players will be more competitive with the foreign counterparts and score few more goals.

For discussion on I league statistics, please refer to this page in IFN forum