The Selecao host European powerhouse Germany to set up an enthralling contest in Belo Horizonte, but without their talismanic forward Neymar and their leader from the back Thiago Silva, will the hosts have the quality to overcome a really strong and resilient German side?

Brazil have the weight of their fellow countrymen, who desperately need the World Cup this time on home soil, but they have looked rather unconvincing and over dependent on Neymar. The Barcelona forward got injured at the worst possible time, and the Germans will look to exploit this deficiency in Brazil to propel themselves to the final and give themselves a chance at the trophy. Brazilians have vowed to play their hearts out while Germans are desperate to get national glory which has deserted their country for a long time despite them being one of the most consistent performers in international competitions.

Brazil will be without Captain Thiago Silva, who took a second yellow card against Colombia. Bayern centre back Dante will be his replacement for this game. Neymar’s back injury has ruled him out of the tournament, which means Chelsea winger Willian has the opportunity to start for his country. Willian endured an injury scare in training when he hurt his back and left early, but has said publicly that it is just a minor knock and he won’t have much problem playing if asked to.

Key Players would be Vice-Captain David Luiz, who hasn’t put a foot wrong in this World Cup and has surprisingly done so, without a single defensive error but two goals under his belt. He would have to do the organising which Silva does so nonchalantly. He would also have to form a formidable partnership with new partner Dante. Both centre backs will need to be compact and position themselves well to deal with the incisive passing of German attacking midfielders especially when they are near the box.

Oscar will need to take the responsibility of controlling the attack in the absence of Neymar, while Fred will have to step up, especially as he would be the only central striker playing with ample service from Willian/Bernard, Oscar and Hulk.

Germany will be glad that Mats Hummels was back to full form and fitness and will be hoping that he continues from where he left against the French. Germans don’t have key injuries to worry about as such, but will need a typical German side to stay calm and beat a weakened Brazil.

Philip Lahm would be expected to play as a Right Back, unlike his club position where he is utilised as a defensive midfielder. The gamble of using him as a midfielder failed against Algeria. Sami Khedira and Bastian Schweinsteiger are expected to hold forte in the heart of midfield with key man Toni Kroos playing in front of them. 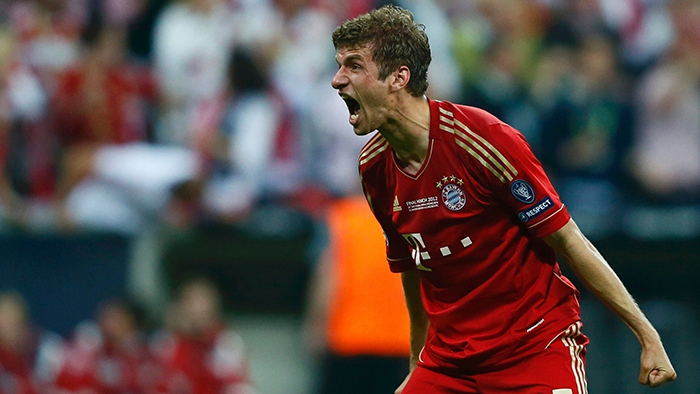 Kroos has been a key figure in the midfield with top quality vision and passing, which he uses to full effect when he plays against other quality players like Ozil and Muller. It is widely expected that Miroslav Klose will start the match as Germans would want to have a traditional striker playing. Klose needs one more goal to break Ronaldo’s record of maximum goals in the World Cup.

Brazil with their unfortunate injury loss of Neymar are very emotional and resilient. Brazil do have decent depth in their squad and with extra motivation and somewhat less pressure of expectation, Brazilians can scrap a win against the Germans, who have also looked scrappy throughout, despite being solid. Germany have a poor reputation as tournament chokers and that will be severely tested.