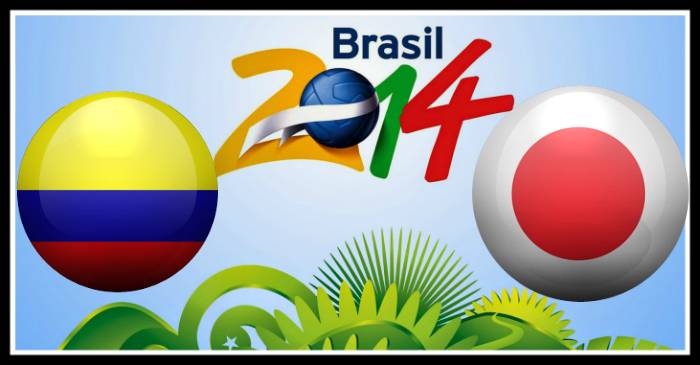 Colombia have already qualified for the next round with two wins out of two in their first couple of matches. They are high on confidence and have been playing sharp counter-attacking football since some time and would look to try out combinations and get a point or two out of this match because it is expected to be rather easy for them to top the table and get a strong opponent from Group D, more because of the fact that Group D has been split wide open because of England’s exit and Uruguay and Italy fighting for the second spot after Costa Rica surprisingly topped the group. Colombia would not mind facing either of the teams but would especially be happy playing Costa Rica and bombarding them with their counter attacking style which they haven’t yet faced in both Uruguay and Italy. Japan on the other hand are sitting tenderly and would be desperate to get a win here because it would give them hopes of qualification. After the loss to Ivory Coast and the draw against Greece has left them as well as the Greeks without a win but with a single point.

Japan would be hoping that their goalkeeper is fine and running after a few mistakes against Ivory Coast. Japan made surgical changes against Greece and were able to etch out a draw out of the rather boring fixture. Kawashima, the Japanese first choice keeper will have to be sharp to avoi getting stung by Ibarbo, Rodriguez, Gutierrez, Martinez and Cuadrado.
Uchida, Konno, Yoshida and Nagatomo are likely to hold their positions from last match as they are actually the best the Japanese have in their positions as the Asian stalwarts look to be well organised at the back. Japan will need their back four to cut out attacks at the back especially because of the way the Colombians attack when they are in the attacking third. Colombia create ample amount of chances that go begging because of Gutierrez being pretty average in the box, but once they start clicking together, the Colombians can be a handful and the likes of Uchida and Yoshida will have to contain them.
Japanese are most likely to play a formation of 4-2-3-1 and the three players who play behind the striker, are likely to be rotated. But unlike last time, Shinji Kagawa is most likely to start today in his favourite position more because of their average show last time without him. Kagawa hasn’t been at his best off late but will be very important for the Asians today as he links up with Honda and Okazaki. Osako is expected to be starting after rather disappointing efforts from Kakitani.

Colombia will have to be careful as this match can be a banana skin for the well-oiled machine of the South American team. Despite their early and well-earned qualification from the group, they would not want to head into the knock out stages with a defeat in their final match because of the drop in confidence that can change the momentum in their strides.

Colombia’s main star has been the talented James Rodriguez who plies his trade in Monaco, France. He has had two goals to his name in the World Cup so far and has driven the team all by his own with the help of his team mate Juan Cuadrado. Both Cuadrado and Rodriguez will need to be sharp and fit for this match as they would want to dominate from the word go.

Rodriguez has been the attacking force of the team with his vision, passing, skills and also finishing, but Captain Mario Yepes has had a phenomenal tournament so far with his stand-out leadership qualities in the two games they have played so far. The Mexican Captain has led from the back four and has also led by example as he has managed to organise the team’s counter attacking style very effectively. Against a very lively Japanese attack that seemed to be blunted against both Greece and Ivory Coast, it is very likely that the Japanese will be rather lose in the attacking third but the fact that they would be raring to go would mean that the Captain along with AC Milan central defender Cristian Zapata will have to be dominant in the defence.

Colombia should ideally have no problem in dealing with the Japanese attack and would rather do it comfortably. Japan on the other side have a very poor defensive record since many matches prior to the world cup and in any scenario, we can expect the Colombians to hold on to a lead and manage to keep a clean sheet.