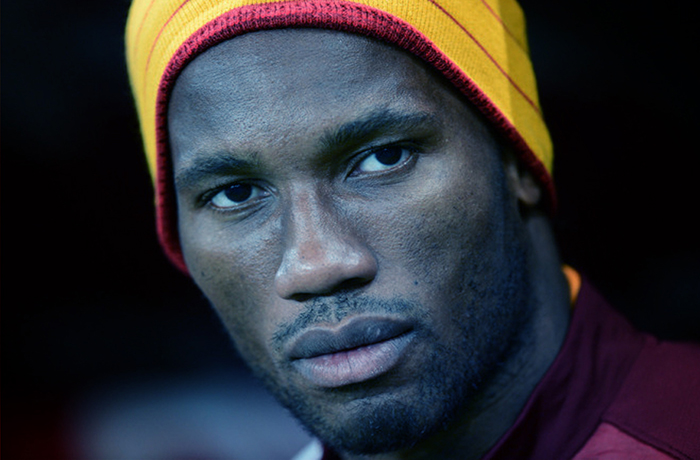 A week after Drogba’s decision to retire from international Football, we look back at the impact, the talismanic forward had on his country – not only as a captain mustering his troops, but also as a voice that a nation listened to.

Didier Yves Drogba, nicknamed ‘Tito’ by his mother, spent most of his childhood days in France. It was France where he trained and started his youth career in football but when it came to international commitment, the Ivorian chose his native country over the adopted one.

Drogba received his first international cap on 8th September, 2002 against South Africa and took nearly 5 months to find the maiden goal for his country side. His artistry and prowess for club side Marseille had not gone unnoticed as Jose Mourinho signed him at Chelsea for the then club-record fee of 24 million Pounds in 2004.

Slowly catching up with the pace of English Football, he soon established himself as one of the fierce attackers the premier league has ever seen. He tormented the defenders with his sturdy presence, in-the-air acrobat and singular skills of holding onto the ball. Over 8 long years, he managed to net 157 times for the London side and stands fourth in the all time top 10 goal scorers list of the club featuring as the only non-English player.

He reflected his club success in International colours and captained his side to their second African Nations’ Cup final in 2006. This dream run continued for the Ivorians as their icon led from the front to see his team qualify for the World Cup Finals in 2006. Drogba scored the first world cup goal in his country’s history in the opening clash against Argentina, but he ended up on the losing side. In spite of an early exit from the world cup, it was a remarkable year in Ivory Coast football history.

Again it was Drogba’s heroics, which saw Cote D’ Ivorie feature in the 2010 World Cup, South Africa and reach the final of the African Nations’ Cup in 2012. During his illustrious career, he managed 104 appearances for his nation scoring 65 goals, which is an all time record for his country.

One of the best ever African

He also ranks third in the all time top international goal scorers’ list of African footballers, just behind Godfrey Chitalu of Zambia and Hossam Hassan of Egypt. Chitalu is a Zambian legend who still holds the record of scoring maximum no of goals in a season whereas the Egyptian Hassan played far more matches than Drogba, just beating him by 3 more goals.

These on-field performances got rewarded with a sizeable amount of both individual and team achievements. During his times at London, he won three premier league titles, four FA cups, 2 league cups and last but not the least, the only Champions League title that Chelsea managed to win. While remaining as the skipper of his side for eight consecutive years, he was crowned African footballer of the year both in 2006 and 2009. Recently in October 2013, he became the first African footballer to get hold of the prestigious ‘Golden Foot’ award.

Undoubtedly the best ever player for the Les Elephants, will always be remembered for the instant when he kneeled before the nation’s people to beg the warring parties to lay down their arms. This historic moment came after the qualification of Ivory Coast to their maiden World Cup finals in 2006 and the appeal put an end to a 5 year long civil –war, showering peace in the streets of Abidjan.

We have seen footballers engaging in charity or peace campaigns but in all sorts, this feat is unique as a nation was reborn, courtesy to a plea by a footballer. This is just an instance, where in reality, Drogba will be remained a God to the Ivorian people forever. 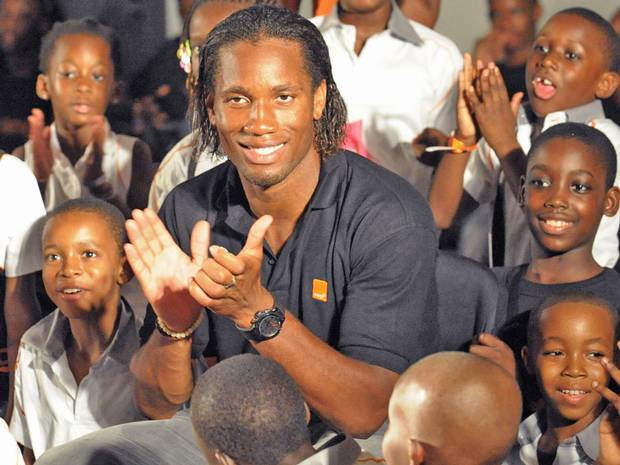 To sum up the story, whether he can shine in his new spell at Stamford Bridge or not, he will always be portrayed as the biggest face in African football who always spoke for the masses.

Interesting trivia: Didier Drogba has a stadium named after him at Levellios-Perret, France. Stade Didier Drogba, as it sounds, is the home ground of Levallois SC, the amateur club Drogba began his career. The stadium was built by the transfer amount this club received as a part of the 24 million pound record transfer of the forward from Marseille to Chelsea.