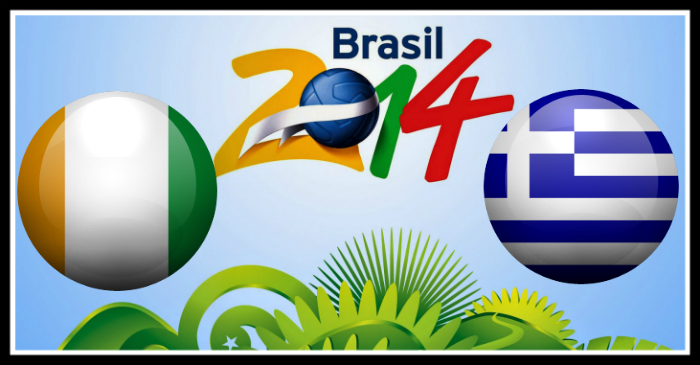 Both Greece and Ivory Coast clash in a match that can decide the fate of three teams- Greece, Ivory Coast and Japan. This match is extremely important for the Greeks because if they lose, then they would be out of the tournament and Ivory Coast will go on to the next round with 6 points yielding the other match’s results inconsequential. Ivory Coast, as it is mentioned, would require a win to ensure progression while a draw can make things pretty confusing but can still ensure the qualification because of their win against Japan, but they would surely not want to lose this one because it would surely mean that they would be knocked out of the tournament.

Ivory Coast will be going into this match with heartbreak against Colombia as they gave in two quick goals after a defensively solid performance initially. Ivory Coast will need to be sharp and clinical in their attack. Gervinho’s well taken goal the other day against a strong Colombian defence would be a confidence booster as they go head on with a physical side like Greece.

Ivory Coast’s most important player would be the great Yaya Toure who will have the onus of performing at his best level like he did for Manchester City in the Premier League. This time around he hasn’t exactly clicked well like he usually does and his team has suffered a bit. Yaya will need to fire and dominate the midfield well if Ivory Coast really want their team’s qualification. His passing, runs and his long shooting will be key in deciding the match as the Greeks look rather spent in the midfield with no pace.

Ivorians have a bunch of exciting in-form players like Serge Aurier and Gervinho who would be looking to excel in their respective roles. Aurier has been brilliant both offensively and defensively as the Right Back has been hard to pick. He delivers inch perfect crosses at times with the likes of Bony and Drogba in the middle, which gives the Africans a strong attacking force. His tackling and interceptions have been sharp as he really runs down the right flank defending like a foot soldier.

Gervinho’s Messi-like goal the other day is testimony to his form that has shook the Serie A. His goals and game-play has propelled Roma to Champions League positions by displacing Milan. Ivory Coast depend on Gervinho’s flair and confidence to pose an attacking threat against any team. Against Greece’s solid game play, Gervinho will need to be at his best to dribble past players, which can be tough. 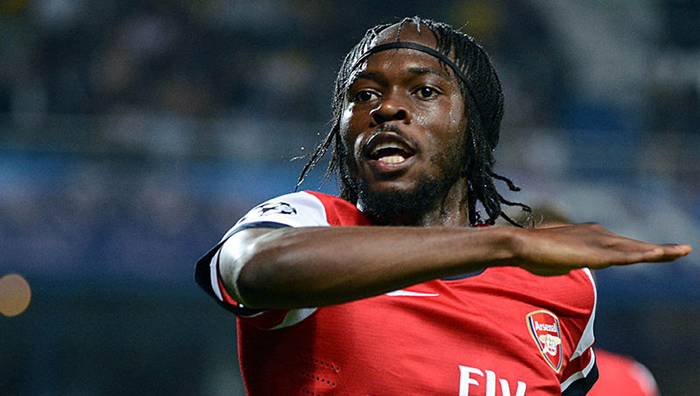 Greece would have be having a hot iron rod in their hand and would be desperate to drop it when the face the rampant Africans. But instead of panicking, they should definitely focus on how to outplay a side that has much more pace and power and also technique. Greece has been strong in the qualifying campaign but are struggling to find a win after having played Colombia and Japan.

The Greeks would have to be relaxed and focused when they play the game. A lot of responsibility would be on captain Karagounis who is expected to play from the start with the likes of Sokratis and Manolas who have always been a strong pair. These three key players would have to deliver heavily in their do-or-die match and would have the onus of dominating the game as and when their African counterparts turnover possession.
However, the main stars would be big attacking players Georgios Samaras and Kostas Mitroglou who are yet to find their rhythm and can be devastating when they do so. Both have been proven performers and have been crucial to Greece’s world cup qualification but have failed to provide attacking flair to the team as Greece are yet to score in the World Cup.

If Greece don’t get their forwards to score goals, then there would be little hope for their World Cup campaign. With a particularly slow yet a direct game, the Greeks can be predictable at times and with the Ivorians having pace and power, they can fall short in breaking down oppoents. Samaras and Mitroglou will have to shoot more often and be clinical in taking their chances. If the Ivorians are given a lot of space anywhere on the pitch to exploit, then the chances of Greece victory will be very low. Ivory Coast just need a draw while Greece need to win, which can help in determining their styles and Greece should pounce on Ivory Coast’s probable complacency.

Ivory Coast would have too much in store for the 2004 Euro Champions, who have been poor offensively. The defence of both the teams is good enough hence the goals may be few.