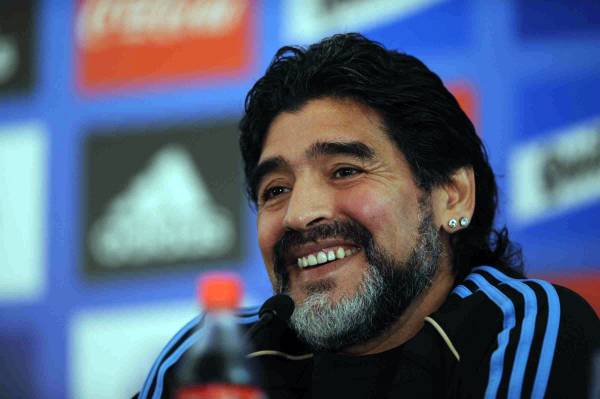 Football legend Maradona has created quite a splash in Pakistan when he compared Argentina’s football with that of Pakistan, although for the wrong reasons.

A frustrated Maradona accused the Argentine Football Association (AFA) officials of being ignorant about the game so much so that he compared their understanding of the game to that of Pakistan football officials.

“… the current leaders of the association understand as much about football as Pakistan does.” Maradona

The comparison may just have been an arbitrary one as Maradona has no first hand experience of how Pakistan football is run, but this has created a flutter in the Pakistan Football Federation (PFF).

The DAWN reports that the officials of PFF have strongly disagreed with the Argentine’s views saying that his views on PFF is outdated as the current body is focusing a lot on the development of the game in India.

Senior PFF official Naveed Haider has gone so far as to invite the legendary former footballer to come to Pakistan and help the game in the country.

Maradona, though a legendary footballer of his time, leading Argentina to the 1986 World Cup championship, has failed as a coach himself. He was handed over the responsibility of the South American side during the 2010 FIFA World Cup in South Africa but the team produced one of their worst performances.

Following the World Cup debacle, he fell out with AFA officials as they ousted him from the position of the coach for Argentina national football team. It is believed that Maradona holds a grudge against the governing body even now.