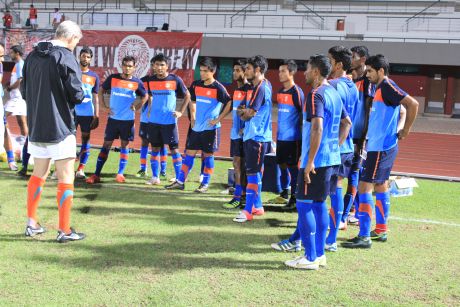 National Coach Wim Koevermans has named 30 probables for the Preparatory Camp for the AFC Challenge Cup (2014) Qualifiers. The Camp will kick-off at the Bharatiya Vidyapeeth premises in Pune from February 12, 2013. All the Players and support staff would be reporting to the Camp the previous day.

The team will be travelling to play the AFC Challenge Cup (2014) Qualifiers in Yangon in the last week of February. India play their first match against Chinese Taipei on March 2 followed by matches against Guam and hosts Myanmar on March 4th and March 6th respectively.