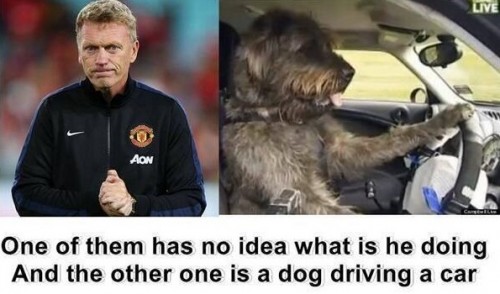 David Moyes has constantly been the topic of ridicule by Manchester United fans and haters alike. Yesterday, he added another feather in the cap by losing to Stoke City in the EPL for the first time ever since 1984 (30 years!). This caused a second wave of Moyes memes on the internet.

We present the 10 best memes, in no particular order, that make you literally roll on the floor laughing…may be not if you are a United fan though.

1. This one uploaded by @AnfieldOracle on Twitter literally sums up the frustration of the ManU fans. Provided with one of the best squad, ManUtd have never really performed to their potential. This is the reason why: 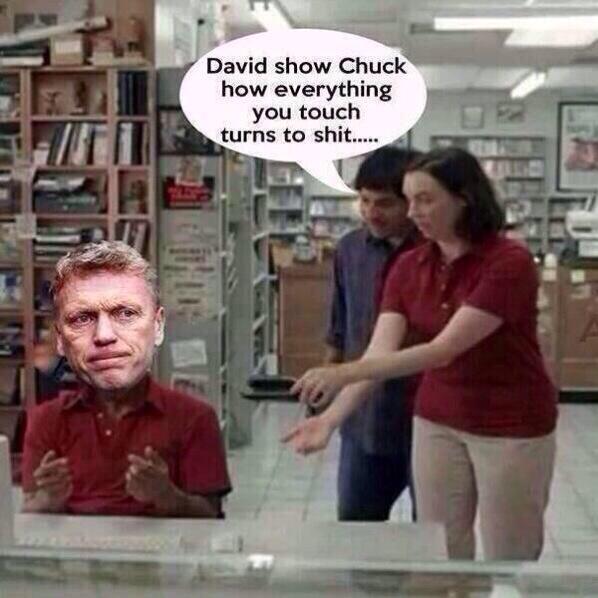 2. This one below may not be imaginary at all. You could replace the two guys in the pic with anyone, and the conversation would still sound natural! Credit: @Saber_Gooner 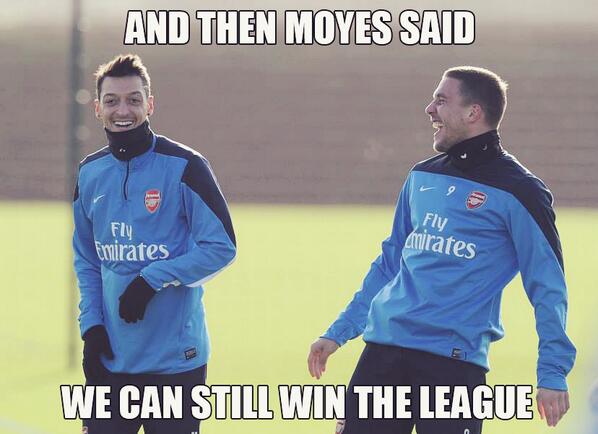 3. You may never have known the greatness of David Moyes before. But this will help you realize that Moyes is actually a Messiah for those poor, downtrodden relegation contenders. 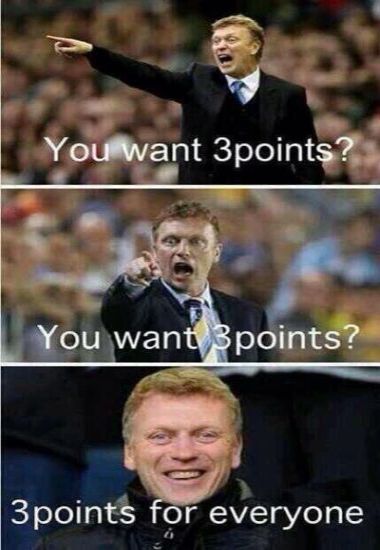 4. The conspiracy theories are rife and the most ‘convincing’ one seems to be the following: 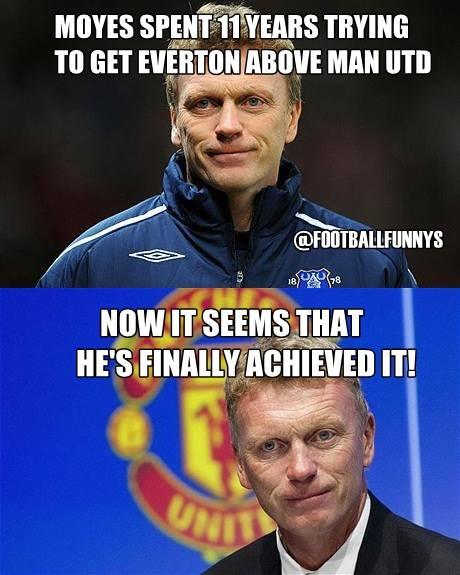 5. A rather cruel meme that suggests Moyes is actually clueless about what he has been doing at the Old Trafford.

6. For all the hype around his ‘achievements’, the mantra seems to be rather very simple. 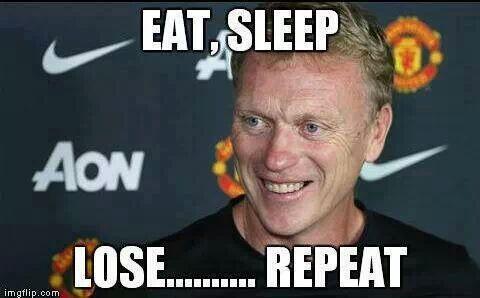 Wait! We promised 10, then where are the other 4 memes? We believe they are in the making as Moyes continues to be in charge of Manchester United, they are sure to come in near future.