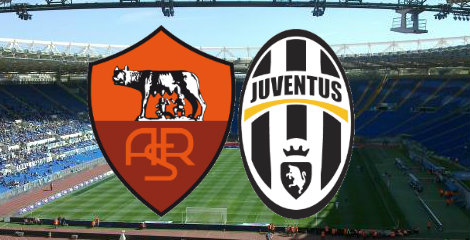 To watch AS Roma vs Juventus live stream free ronaldo 7 justin tv online, check the link at the end of the article.

The high voltage clash between Roma and Juventus in the quarter-final of the Coppa Italia would see the top two teams in the Serie A taking on each other. This will also give AS Roma an opportunity to exact their revenge on the visitors to whom they lost 3-0 not long ago.

After the defeat, Roma have bounced back strongly, defeating Genoa and Livorno scoring 7 goals and conceding none in the process.

Fransecsco Totti, Florenzi, Pjanic and Gervinho all had played only partly in the match against Livorno, which keeps them fresh to field against Juventus.

Roma vs Juventus live stream free link is at the end of the article.

Juve might rest Llorente and Carlos Tevez ahead of their Serie A clash against Lazio and this might make them weaker, a possible edge to the home team.

Roma vs Juventus live telecast will not be available in India, kick off at 1:15 IST (7:45 PM GMT). Free live streaming will be available at the following link: