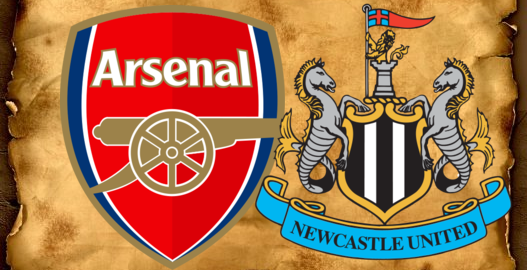 To watch Newcastle vs Arsenal live stream free online, check the link at the end of the article.

Arsenal after a explosive start to this season has slacked a bit and has temporary lost their top position. They have, in recent times, lost to Manchester City, Manchester United and drew with Everton and Chelsea. Arsene Wenger needs to make sure that the team didn’t peak early and are now going downhill. Arsenal needs to defeat the magpies in order to claim their top position from Man City, but only by one point. With half of the league still left and top eight teams separated just by ten points, anything can happen and losing a few points might prove to be vital.

Arsenal will travel to St. James park, knowing well that Newcastle United have done reasonably well this season, including wins against Chelsea, Man United and Tottenham. In fact, in their last game they thrashed Stoke city 5-1. Newcastle United are currently 7th placed with 33 points but are motivated to go for the European slot and thus, are looking to win this home fixture.

Arsenal’s recent form have been scrappy, they were winless in three matches, before they won against West Ham 3-1 in their last game. Alan Pardew’s Newcastle, on the other hand, 3 of the last 5 matches including a win against Man United.

Arsenal would be boosted by Jack Wilshere, who comes back after two match suspension, and would be looking to use recently fit Lucas Podolski as a super sub. Laurent Koscielny could also be back in the team after missing two matches due to injury. However, Wenger would rue the loss on Aaron Ramsey, who has been in lethal form this season. Ramsey is ruled out due to a thigh injury. Giroud is expected to retain his forward role.

Newcastle have relatively less absentees, with only Jonas Gutierrez ruled out. Pardew will also include Cheick Tiote in the squad who missed the last match. Loin Remy will be the man to watch for Newcastle, who already has 10 goals and 2 assists in the premier league.