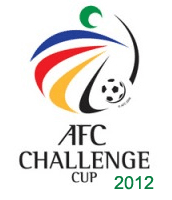 India may be given the rights to host the AFC Challenge Cup 2014 football tournament. This biennial event is a competition for 2nd tier Asian footballing nations.

The AFC officials have recently visited the Barabati stadium in Cuttack to inspect the facilities. If all goes well, Odisha might host the next edition of the AFC Challenge Cup.

On being asked that which AFC tournament might be hosted, Mr Behera said that the AFC delegates did not make it clear to them but it could be the one of the AFC tournaments.

It is believed that the AFC Challenge Cup 2014 qualifying round matches or the tournament finals might be awarded to India.

AFC have already inspected the JLN stadium in New Delhi prior to visiting Barabati.

India last hosted this tournament in 2008 when the won the final match by 3-1 against Turkmenistan, thus qualifying for the AFC Asian Cup 2011. The winners of the 2014 AFC Challenge Cup will be featuring in the 2015 AFC Asian Cup in Australia.

AFC Challenge Cup: It’s Do or Die for India against Philippines