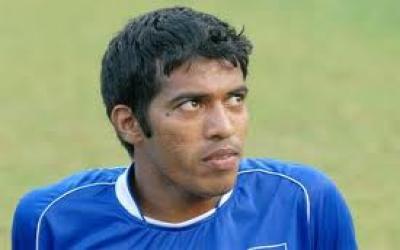 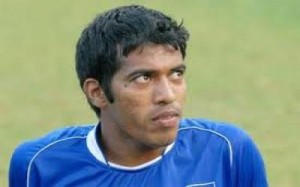 Immediately after announcing his retirement from International Football, Mahesh Gawli spoke to www.the-aiff.com about his exploits for Team India. He spoke at length about his tenure with the National squad, the memories, his teammates, the next ‘big’ defenders and what forced him to the decision. Excerpts:

What forces you to this decision?

Football is a demanding sport. I have played at the highest level for 14-15 years and once you play for your country, you need to achieve continuously. I feel I’ve had enough of International Football. From my personal side, I feel I’ve achieved quite a lot and it’s time for me to stop now and focus entirely on club football. I have consulted my family and it’s an unanimous decision.

What has been your best moment while playing for India?

For me each and every match which I played for India has been a cherished moment. After all, not all get a chance to represent your country. I’ve been a member of many winning squads but the triumph in the AFC Challenge Cup has to stay on the top of the list. Besides, representation in the 2011 Asian Cup is something which I will carry all throughout with me.
I need to focus on club football and I want to be playing at the top level for another minimum five-six years.

Has there been any change in the state of Indian football when you first joined the National squad and now?

A lot! The football played nowadays is entirely different. The present lot is a more confident unit who understands the value of holding onto the ball. Earlier, the primary focus stayed in clearing the ball. Nowadays, there’s more constructive play. The mind stays pre-dominant in the brand of football we play now. The attitude and the fitness of the players have improved leaps and bounds.

Off the field, I’d say at present there are a lot of sponsors which is a healthy sign. The players get better facilities to stay and eat – that wasn’t the case earlier. Moreover, the amount of exposure tours has only added to our confidence.

Asked to take a pick, who would you pick as your best partner as a stopper-back. Also, who do you consider as the most dangerous Indian forward?

Robert Fernandes is one from whom I’ve learnt a lot. He stays one of my personal favourite as a partner in defence. And there’s Deepak Mondal. We spent four years at the TFA and later on partnered each other in defence. The telepathy between us was amazing. He has always been a class act.

Speaking of forwards, there’s always a certain IM Vijayan and a Bhaichung Bhutia. They always made the task difficult for defenders.
A defender, despite all his versatility doesn’t necessarily become a star. How do you explain that?

It’s a trend world over. But within the team, a defender is looked up to the most even by the ‘biggest star.’ The sport is about 11 players – there’s a star in every department. I have no regrets in what I have achieved. Over the years, my teammates and coaches have understood my value – that’s one of my most prized possession.

Who are the next defenders in India who can make it big?