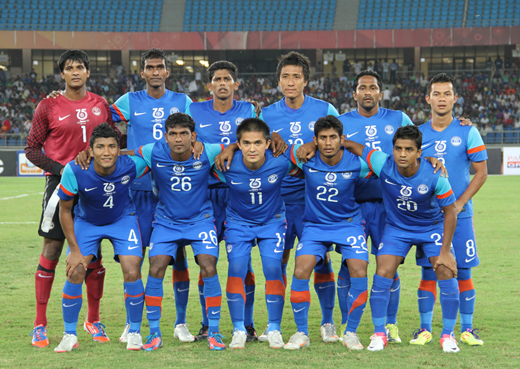 KOCHI: During his prime days, he stayed the darling of the crowd wherever he played, needless to say in any position. Less than a decade after retiring from the sport, Joe Paul Ancheri, when reminded, smiles.

“Those were different days,” he nods his head. “I was lucky to be a part ‘Kerala’s Golden Generation’.”  I had the fortune of playing with so many stars,” he says at one breath.

“The late VP Sathyan was the Captain when I kicked-off. He had an enormous presence. We all looked up to him,” he continues. “Then there was Sharaf Ali, Pappachan and obviously, IM Vijayan.”

“The football carnival will enliven the football tradition in the State,” he refers to the India’s International Friendly against Palestine on February 6 and the Santosh Trophy which follows.

“I expect a full house at the Jawaharlal Nehru Stadium in Kochi against Palestine. I urge all Keralites to throng the Stadium on the day and support the Indian National Team. It’s time to show Kerala is the land of football,” he voices.

“The National Team is playing some good football under Dutch Coach Wim Koevermans. It’s a different generation, I stay eager to watch them in front of my eyes. I will be at the Stadium for sure,” he informs. “We hope CK Vineet gets a chance to play.”

“It was in 1997 when we reached the semifinal of the Nehru Cup in Kochi. I still remember the support from the stands. The roar still gives me goose bumps,” he recollects.

Ancheri isn’t presently involved with any club at the moment. “I have completed my B Licence and want to complete my A Licence degree,” he adds.

‘What’s IM doing?’ you ask, referring to Vijayan. “He’s fine,” he says. “What a player he was,” Ancheri shakes his head, and repeats: “What a player!”

Indeed Vijayan was! “Some of his goals were just unbelievable as much as his off-the-ball runs. The manner in which he could pull defenders away from you with his dummy runs was…” Ancheri doesn’t complete the sentence. He shakes his head again.

“Vijayan will also be there for the match against Palestine. He is also expecting a full House. It’s time to rise to the occasion,” he concludes.